With its little villages that seem frozen in time, its historic charm and its proud artistic heritage, Hungary is one destination that simply must be added to our ever-lengthening travel wishlist! So start up the engines, Hungary here we come!

Sopron and its 200 historic buildings 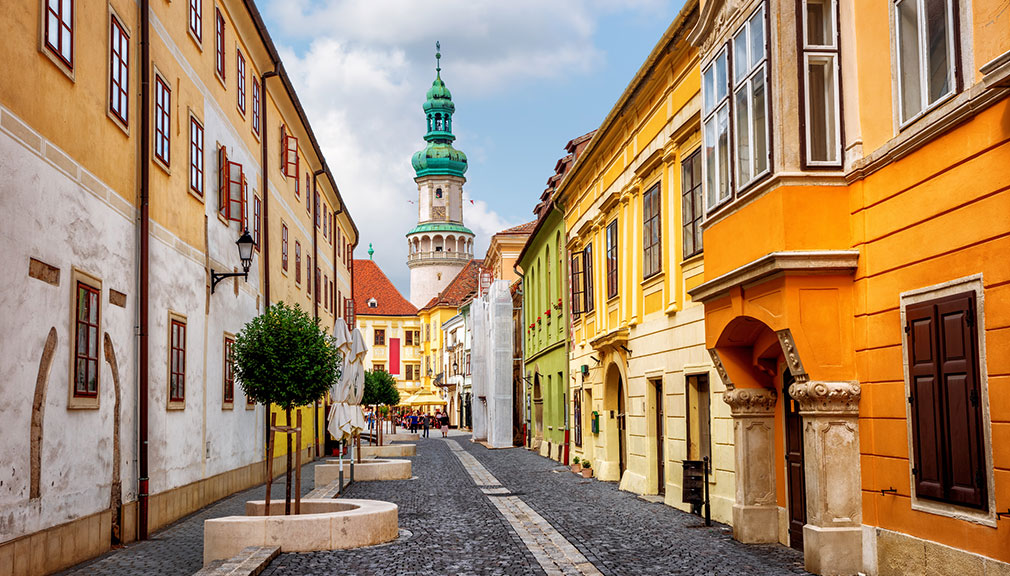 Right on the border with Austria in the country’s northwest, you will find Sopron, considered to be one of the most beautiful cities in Hungary, with a history dating back to the Middle Ages.

Full of cobbled streets and ancient churches, as well as museums and numerous architectural monuments around every corner, this place is an unmissable destination for every Ducato-based motorhome owner who is planning a journey of discovery through Hungary!

As mentioned, every aspect of Sopron will amaze you, but among its many attractions don’t miss the Goat Church, which is located in the city’s main square and takes its name from a legend about a goatherd who supposedly found buried treasure and donated some of it to fund the church's construction. While admiring the Gothic architecture enveloping the Baroque-style interior, look out for a column depicting a goat being cuddled by an angel.

Not far from the Goat Church is the Fire Tower, an ideal place to admire the cityscape after scaling the staircase that leads to the top of the 58-metre-high building. It features a multitude of architectural styles alluding to the various phases of its construction, which began in the 12th century and was finished sometime around the 17th century.

Now it's time to hop back on board your Ducato-based motorhome and depart for Győr, the most important city in northwest Hungary.

Győr, where present and past come together 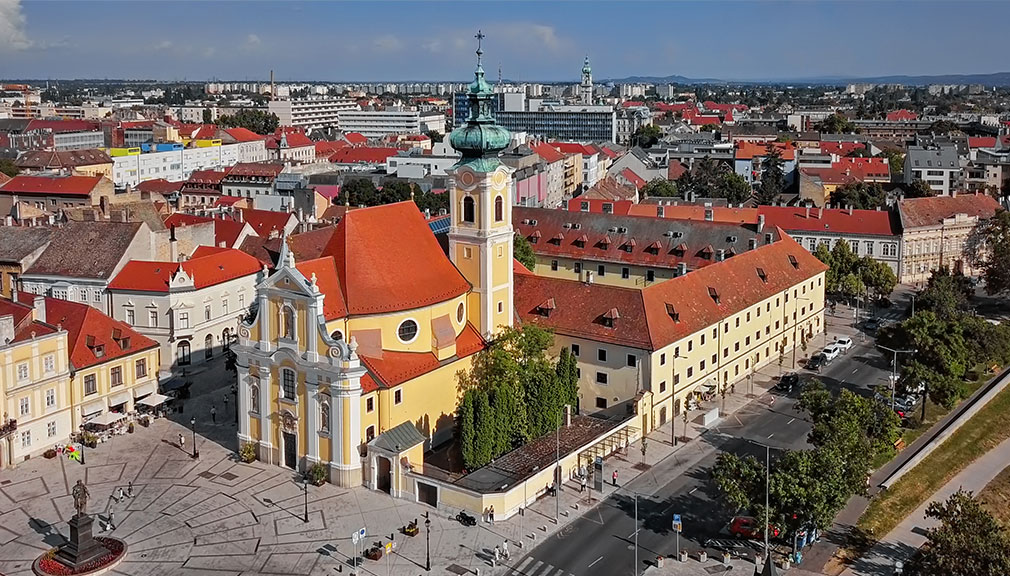 After driving eastward for about an hour you will arrive in the regional capital of Győr. Your first destination has to be the historic city centre, which is entirely in the Baroque style and splashed with colourful houses as well as interesting points of interest, such as the old town hall, the Episcopal Palace and the Ark of the Covenant monument.

Ancient Széchenyi square and its modern counterpart Dunakapu square are the heart of the city, not to mention the locations where most events, such as concerts and markets, are held. They are obviously also very convenient starting points for visiting the rest of the city centre which, with its legends and monuments, is enough to captivate your attention for days on end.

Győr has an extensive array of attractions for everyone. But if city breaks aren't your thing, a short 20-minute walk out of the centre will take you to Bishop's Forest and its nine-kilometre woodland trail, where you can savour a relaxing break from the urban landscape and roads you pass in your beloved Ducato-based motorhome.

Now let’s head for the capital of Hungary, the wonderful Budapest, which is only a 90-minute drive from Győr! The "Paris of the East", as it is known, is anything but a copy of the French capital. There are indeed similarities, such as the river that traverses the city and the hill from which visitors can enjoy a view similar to that from Montmartre, but the identity of this place is truly unique and worth admiring in its own right.

Budapest was created from the merger of three cities—Buda, Pest and Óbuda—which are connected by Chain Bridge and another seven bridges linking the Roman and medieval-style quarters with the more modern districts. The mix of cultures makes this the ideal place for all types of travellers, especially those driving Ducato-based motorhomes!

Buda is the ancient and aristocratic nucleus of the city, where you can admire the royal palace, as well as many other jaw-dropping views. Pest is the capital’s modern heart, innovative and full of designer shops and young artists, besides the parliament building, St Stephen's Basilica and the Great Synagogue, which was built during the 150-year Turkish rule that followed the Ottoman conquest in the 16th century.

While in Budapest you absolutely must dedicate a few hours to visiting Margaret Island, which stands in the middle of the Danube and is reachable via the bridge of the same name. This 2.5-kilometre-long islet offers many relaxation options, not least the huge Palatinus open-air pool complex with its thermal baths.

This short journey of discovery through Hungary is also at an end. We hope it was useful and that you will add this destination to your travel bucket list! Our own wishlist is growing ever longer and we can't wait to tell you about other fantastic destinations that you can visit in your Ducato-based motorhome!