TRAVEL WISHLIST: PORTUGAL AND ITS CASTLES

Every month we share our travel wishlist with you, offering the discovery of new or famous places, preparing for our next adventure on board our Fiat Ducato-based motorhome or campervan.

And so we set off for Portugal, on an itinerary designed to show us the beauty of this land, and especially to visit the breathtakingly spectacular castles spread across its landscapes from north to south.

Lisbon and the Castle of São Jorge 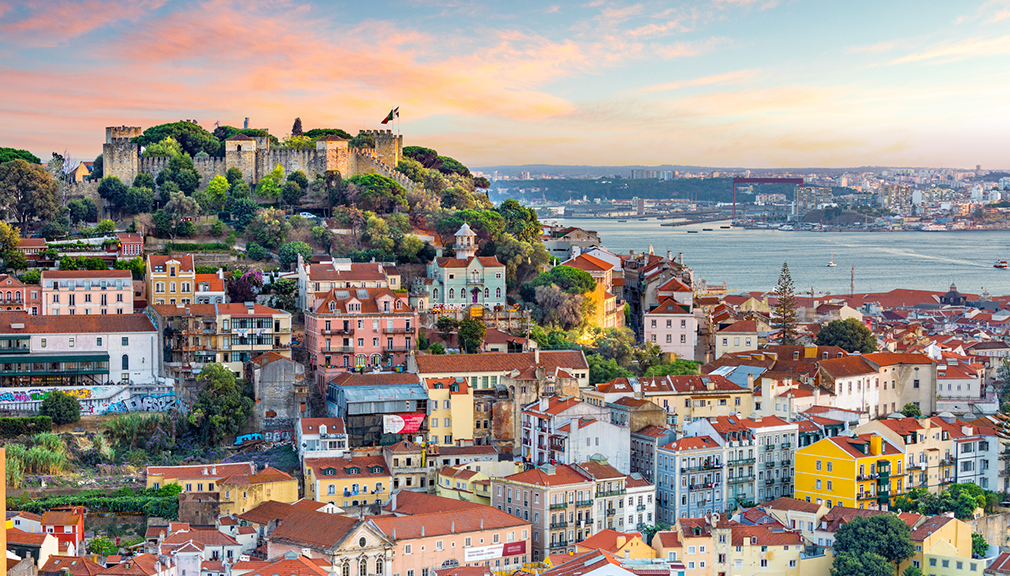 The capital of Portugal, Lisbon, is one of the most fascinating cities in the world. Here, history and culture can be inhaled at every corner as we explore the alleys that plunge in an instant from colourful small villages to innovative hi-tech areas. In many places time seems to have stopped, especially in the characteristic Alfama district, the most traditional part of Lisbon, squeezed between the Tagus River and the adjacent hill.

Here, at the top of the hill, overlooking the entire city, we will find our first unforgettable destination: the ancient fortress, which later became a sumptuous royal palace and today is called Castelo de São Jorge. After being enchanted by its romantic tree-lined paths, its artistic exhibitions and the breath of history whispered throughout this early 11th century castle, the view from the highest battlements is instantly invigorating... allowing us to see the whole city from above, in all its glory.

Èvora, the mediaeval city and its surroundings Heading inland towards the east in our Fiat Ducato motorhome, we arrive in the Alentejo area, scattered with small timeless villages whose quaint delights can be explored in a few hours.
All these villages and little towns are worth a visit, but Èvora certainly stands out as the most unforgettable. The entire town stands on top of a hill, completely surrounded by perfectly preserved walls which endow it with a magically romantic atmosphere, as though time has spared this place completely. Medieval palaces, the cathedral and the ancient remains of a Roman temple are just some of the marvels offered to us as we stroll through the characteristic alleys of the past: Èvora is famed as being the best preserved medieval city in Portugal.

In the same area we can also visit Estremoz, another fine medieval town, perhaps better known for the high quality marble extracted nearby, used in many palaces throughout Portugal.

Heading further east we arrive at one of the most amazing fortress complexes in the world: the Forte Nossa Senhora da Graça. Built in the 18th century, its huge star-shaped defences constitute a unique jewel of military architecture. For many centuries it was a strategic point from which its garrison could observe the surrounding landscape for many kilometres, thus protecting the inhabitants of the surrounding area from possible invasions.

Belmonte and the castles

Having been lost in the past, it's time to get back on the road northwards... towards the castles!

Still inland from the coast, we travel to Belmonte, where its imposing castle (testimony to its Jewish community long ago) will take our breath away thanks to its granite stone and the imposingly massive shapes that tower above the landscape from its height. Belmonte is also the birthplace of Pedro Álvares Cabral, the man who is credited with discovering Brazil.

Getting back on board our four-wheeled companion on its Fiat Ducato base, in the area around Belmonte we can find many other amazing castles well worth a stop. On the road to Guarda we see the Torre de Centum Cellas, whose origins are still unknown, or the Castle of Sabugal, one of the best preserved in the country, which also offers a stunning panoramic view, or the Linhares da Beira Castle, a sprawling and spectacular national monument of Romanesque-Gothic architecture.

Back to the south and the pearl of the country 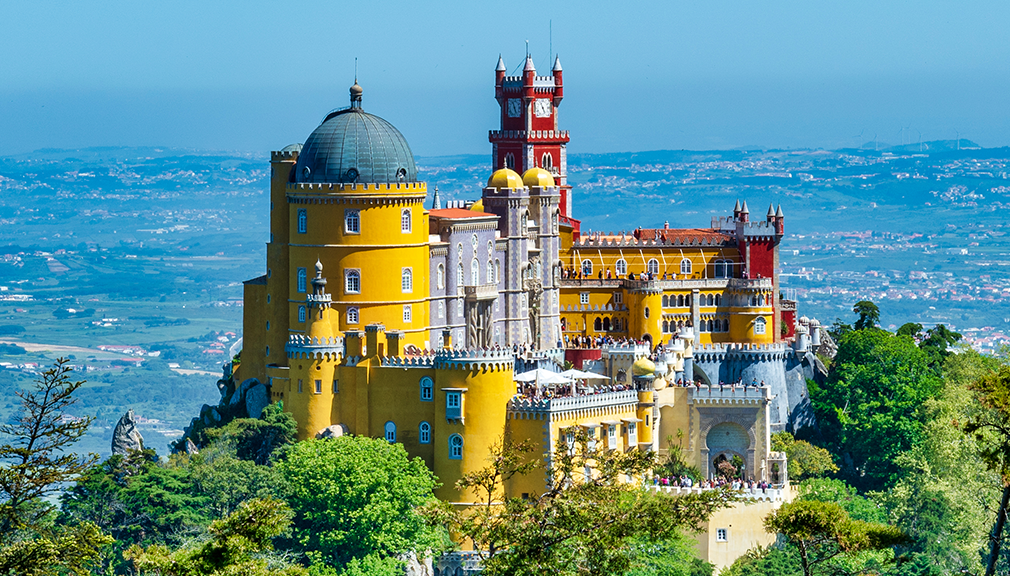 Portugal is full of wonderful places to visit and, although they’re all worth exploring, there isn’t always enough time to do so.
However, we must make time for one last unmissable stop which never fails to leave visitors speechless: and so we stop in Sintra!

This town a few kilometres from Lisbon is an architectural pearl but it also stands inside the Sintra-Cascais natural park and offers numerous outdoor attractions, allowing us to plunge into a soothing immersion in the wonders of nature.
In this setting, Sintra greets us with the Palàcio Nacional da Pena, perched grandly on a hill.
This fairy-tale, colourful, sinuous palace was built in the 19th century by Maria II as a wedding gift to her husband King Ferdinand II of Portugal. Indescribable in words, it awakens awe-struck emotions very few other buildings can inspire... its rush of vividly coloured shapes provokes a heady mixture of amazement, wonder and joy. Entering this place can only be compared to the feeling we felt as children on Christmas morning… and the Palacio da Pena is truly an unforgettable gift!

Our tour is over. We hope it stimulates you to discover new places and non-traditional itineraries, and one day to visit the Portugal of today and yesterday, transported by your beloved Fiat Ducato-based motorhome. May all your travels be magical!​