A NEW GOAL FOR OUR WISHLIST. ON ONE SIDE THE NORTH SEA, ON THE OTHER THE ATLANTIC OCEAN: ENGLAND, HERE WE COME!

Our urge to travel always calls! This month our travel wishlist is taking you to see the wonders of England, in Queen Elizabeth country, the land of tradition, history, breathtaking landscapes and much, much more! So let's go to explore the English part of the United Kingdom, starting from the north, descending towards the mysteries of Stonehenge, the beauty of Bristol and inevitably... London! Ready? Then start your Ducato Campervan, and let's go! 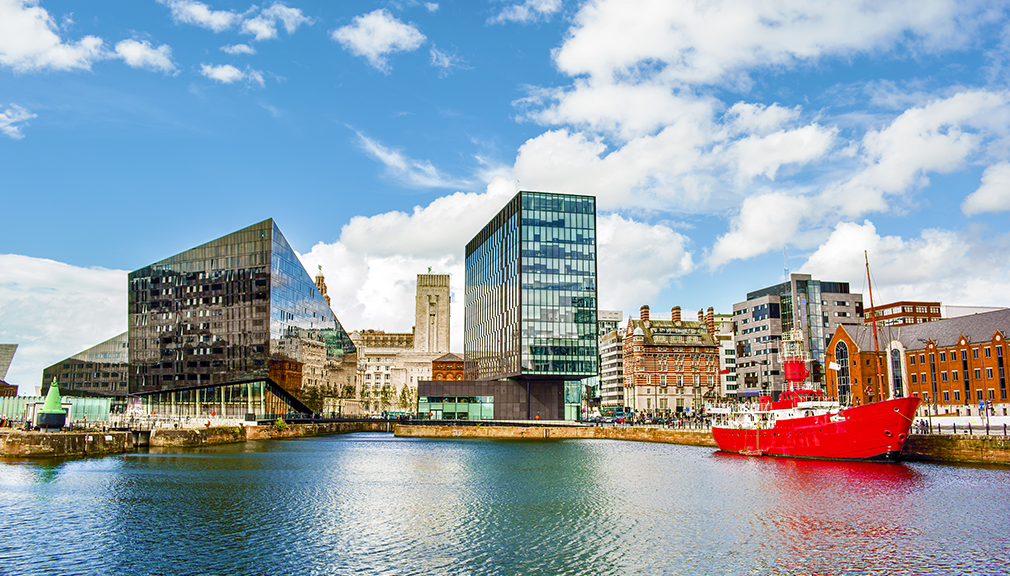 Traditional routes nearly always start in the south of England, where London has always been the main destination, but our Fiat Ducato-based campervan’s journey starts from the north west: from Liverpool!

The city of football and the Beatles is bound to put a spell on everyone who loves sport and music, but it also offers countless opportunities to spend a day or two filled with culture, entertainment, discovery and surprises. The Royal Albert Dock complex is a must-go area. It contains the Tate Museum, with a great collection entirely dedicated to British art from the sixteenth century to today, and The Beatles Story, the one-theme museum with the largest collection in the world of works and objects dedicated to the Beatles, as well as lively restaurants, shops, bars and much more!

At this point, let's say goodbye to the Irish Sea and head east... just 50km and we’ll be in Manchester, probably the most important football city in the nation. For football fans, a visit to the National Football Museum is a must, boasting a truly international institution for all soccer fans.
If you prefer a more cultural visit, the Manchester Museum with few rivals in Europe, offering an astonishing collection of dinosaur fossils, mummies and historical artefacts: even the most sceptical visitors will find unforeseen thrills!
Another mandatory stop while visiting Manchester is the Town Hall, considered a masterpiece of Victorian Gothic architecture worldwide. It holds various cultural attractions, including the Sculpture Collection, with busts and portraits of influential local and national historical figures. As we enter the Town Hall, don’t forget to stop to admire its clock tower, often referred to as Little Big Ben! 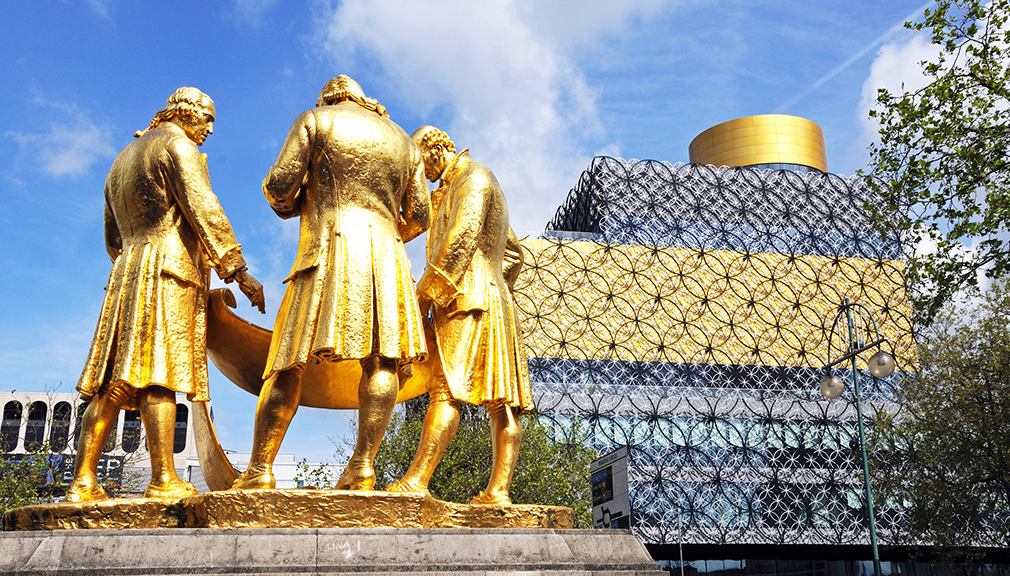 Let’s set off again in our loyal Fiat Ducato-based friend, driving through the magnificently spectacular Peak District National Park to the city of Robin Hood: Nottingham!
An obligatory destination is certainly the Old Market Square, a fulcrum of city life that offers varied and abundant sources of entertainment, night and day. You can also relax a bit, just letting yourself be enchanted by the beauty of the city’s views, on peaceful walks.

Treat yourself to a visit to the very special Nottingham City of Caves: man-made over the centuries, used as dwellings, workshops and stores, more recently as prisons and air raid shelters. Going back to Robin Hood, how can we not also mention Nottingham Castle, known as Castle Rock thanks to its position perched high on a rocky promontory? You can also find a famous bronze statue dedicated to the archer who stole from the rich to give to the poor. Before leaving, don’t forget to also visit the beautiful legendary Sherwood Forest!

That will take us towards the south west, on our way to Birmingham. One of the main attractions of Britain’s second largest city is its main library which, with its stunning architecture, its panoramic garden on the seventh floor, and the entire National Film Archive, offers stimulation for all tastes.
Another stop not to be missed is Victoria Square, where the Birmingham Museum and Art Gallery is open for free, the Birmingham Council House, a Victorian Baroque Town Hall with a spectacular dome... and a square with various leisure and pleasure points in bars, restaurants and little shops. 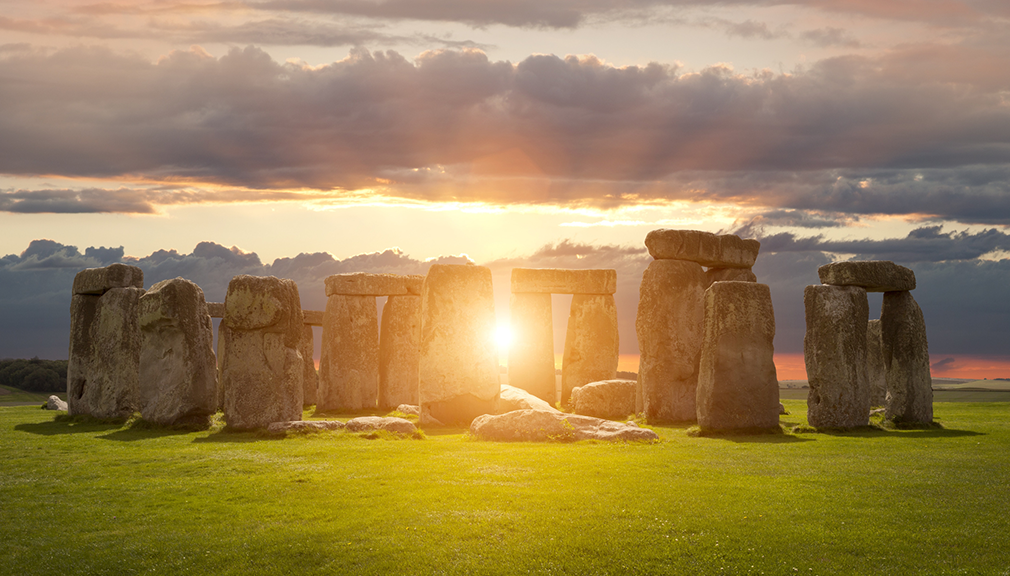 Time to get back on the road in our faithful campervan on its Fiat Ducato base, driving for about 100 km southwards until we get to Bristol... (keep your eyes open for a Banksy street art work!).
Mainly a University city, it may be the favourite stop-off for many travellers looking for a little fun and entertainment! Although its historical and cultural heritage is vast (especially the suburb of Clifton, famous worldwide for its elegant Victorian, Georgian and Regency buildings). Bristol's real attraction is carefree enjoyment! Between the 24-hour live music scene, the Pirate Tour in Blackbeard's homeland, the many cider tastings (the drink for which the area is renowned around the world) and the hunt for Banksy’s cheeky and elusive artworks, a visit to this lively city will leave you with precious pleasures.

The east of the country awaits, so we head towards Brighton! But along the way stands Stonehenge, just 50km from Bristol: stop for a look at one of the world’s most mysterious places.
About 160 km from Bristol, after skirting London for the first time, we get to Brighton, the penultimate stage of our adventures “in search of England”.

This is a lovely old seaside town, with a large number of university students and, like Bristol, all kinds of opportunities for pleasure. In the North Laine district you’ll find surprising little pubs or bistros with live acts, trendy boutiques and jewellery shops, narrow bustling Victorian shopping lanes, the Royal Pavilion - once the Royal Family's party palace in grand Oriental style - and great little seafront restaurants: you’ll never want to leave! And if you like wheels (of course you do!) with panoramic views, a visit to the Brighton Wheel - a Ferris wheel by the sea with great views over the city - it is recommended “highly”. A stroll along the seafront at sunset, and a funfair evening with fish and chips on Brighton Pier will end an enchanting day on a high note.

And then, inevitably, our adventure reaches London. The iconic English capital needs no introduction: it’s famous worldwide, with countless historic buildings and Buckingham Palace - the royal family’s residence - the ultra-modern financial district with its spectacular skyscrapers, Trafalgar Square, the National Gallery... no space here to list anything more than a tiny fraction of its treasures. But being there is an experience that only London can give!

It’s a pity, but this adventure in your much loved Fiat Ducato-based campervan must come to an end. There are still infinite English attractions we haven’t visited this time - just think of Oxford and Cambridge, or the wonders of Canterbury on the east coast, but we’re sure you’ll want to return and spend many more days discovering Great Britain. For now, just add this route to your wishlist. We hope this proposal will inspire you, dear motorhomecampers, for your next Ducato adventure!​​