DISCOVERING IRELAND: HERE ARE THE DESTINATIONS YOU WON'T WANT TO LEAVE OFF YOUR SUMMER TRAVEL ITINERARY!

June is the month when the sun gets warmer and warmer on your skin and the days get longer and longer. You can finally feel the holiday spirit in the air and can’t wait to escape the big city and plan your next trip on board your Ducato-based motorhome.  If you're looking for new inspiration, look no further! Here we’ll take you to the rolling green lands and rugged coastlines of enchanting Ireland.

Off we go then! 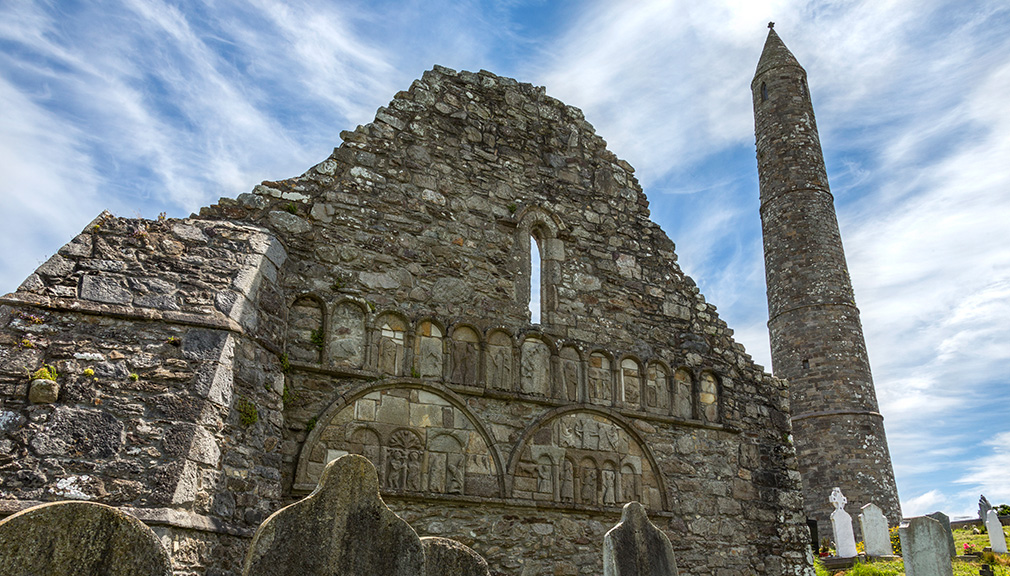 What better way to start your Ducato-based motorhome adventure than from the Green Isle’s very oldest city? Waterford was in fact founded back in 914 AD and you can still see some of the ruins of the Viking city there today!

Once you get here, take the Waterford Greenway, known locally as the Déise Greenway, a 46 km-long route carved out of the remains of a former railway track, which once ran through County Waterford and now offers a long trail for cyclists and hikers.

Fun fact: if you are anxiously awaiting a proposal to take the plunge, you must visit Tramore. According to an ancient belief, if a single woman hops round the statue of Metal Man three times, she will be likely get married by the end of the year! 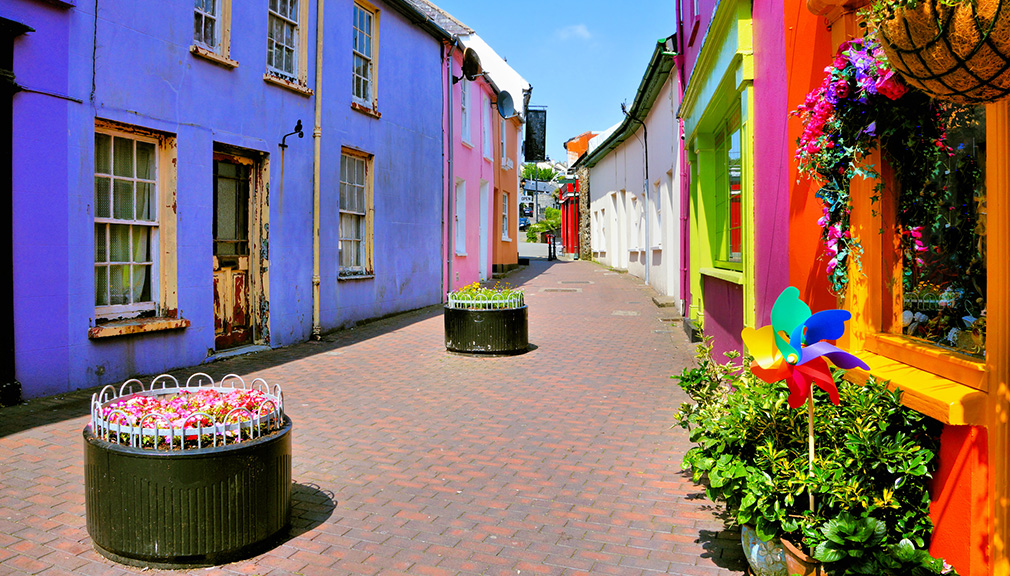 From the oldest city in Ireland, we advise you to move to Kinsale, a picture-postcard town with a  very colourful historic centre, which is also considered the gastronomic capital of the island. Here, in fact, you can participate in several gastronomic festivals throughout the year. The local dishes are all made with fresh fish! 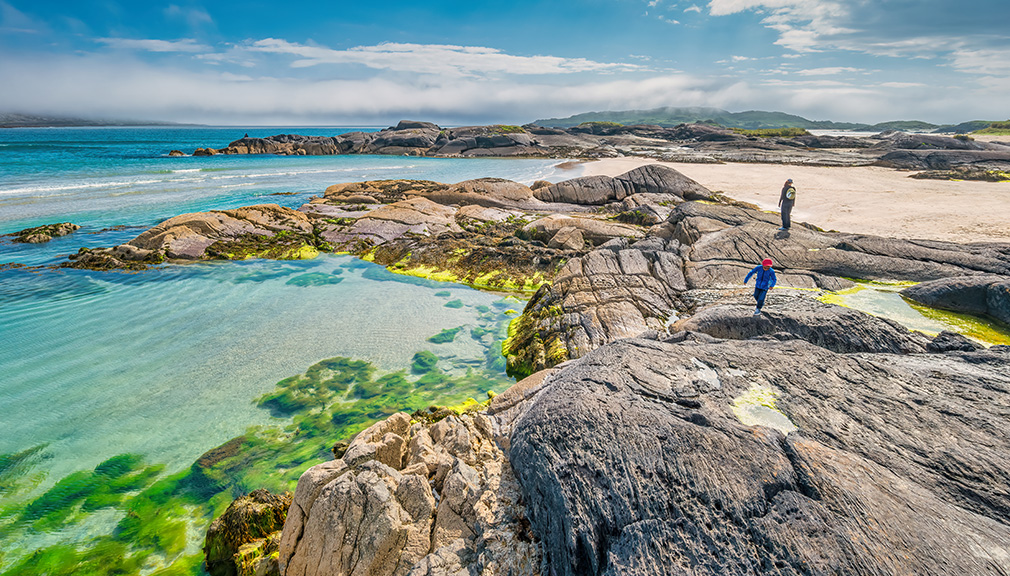 Leaving Kinsale behind and heading west, following the island's rugged coastline, you reach one of Ireland's most characteristic areas: County Kerry.

Heading into the Iveragh peninsula, you can drive along one of the most beautiful scenic roads in the world, the Ring of Kerry. The circular route is about 179 km long and winds its way through verdant countryside stretching down to the sea, castles, rural villages and giant cliffs overlooking the water.

At sunset, drive your Fiat Ducato-based motorhome to Geokaun Mountain, the highest point in the Ring of Kerry, from where you can enjoy a spectacular view of the rugged creeks. 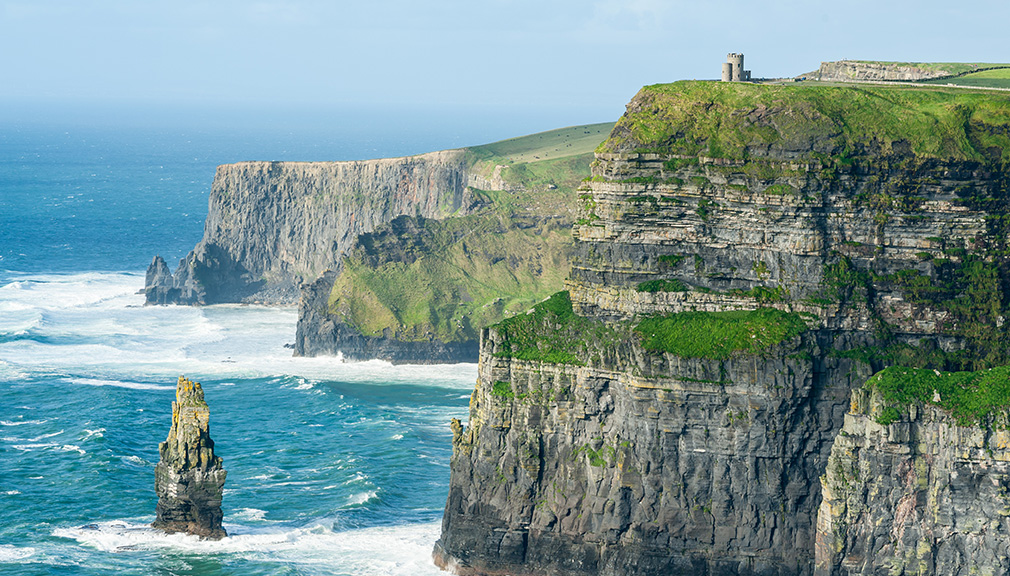 Proceed to the west coast to reach one of the most visited places on the entire island. Known as the Cliffs of Moher, these are majestic cliffs overlooking the sea, a UNESCO Global Geopark since 2011, which attract thousands of tourists from all over the world every year. Here, we recommend you stop for the night with your Fiat Ducato-based motorhome at the Lislorkan North, Co. Clare car park, where you can enjoy an unforgettable sunrise. 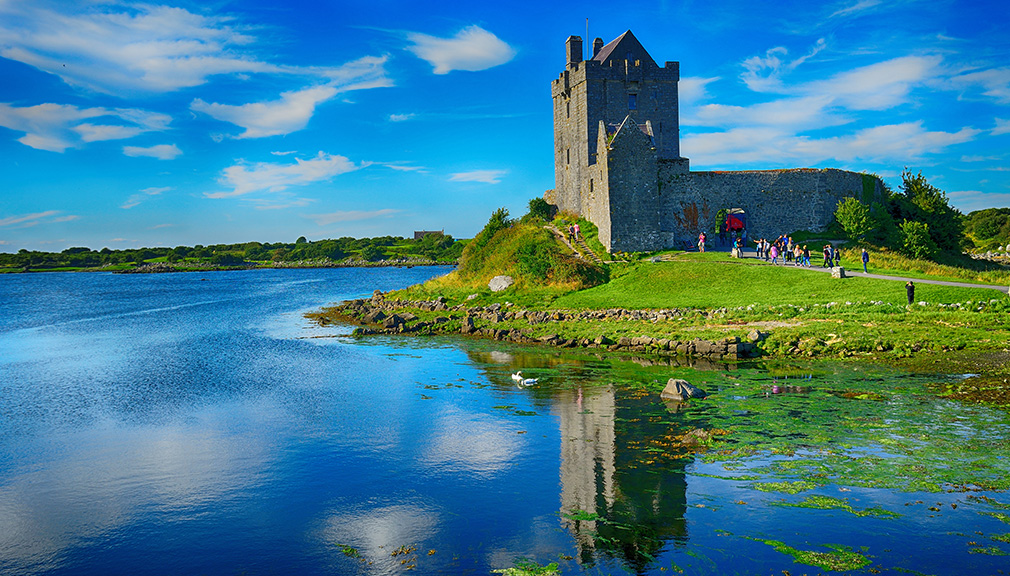 As you leave the beautiful cliffs behind and head towards quaint Galway, a visit to Dunguaire Castle is well worth stopping for. It is only open to visitors from May to October, so summer is the perfect time to admire this beautiful castle overlooking a bend in the ocean. Thanks to its location and picturesque landscape, Dunguaire Castle is one of Ireland's most famous and photographed castles (and the competition is fierce!). In the summertime, it also hosts medieval-themed dinners, with local cuisine and traditional music, as well as storytellers and costumed actors.

Great! All you have to do is organise your Ducato-based motorhome, find yourself a good raincoat and get ready to follow the Irish sky.

Have a great holiday!