WITH DUCATO, WINTER IS THE PERFECT SEASON FOR EXPLORING

The winter season has arrived: let's celebrate with a new trip in your Fiat Ducato-based motorhome, setting off from Omiš in Croatia and ending up in Munich! Enjoy this itinerary full of history, relaxation and fun. 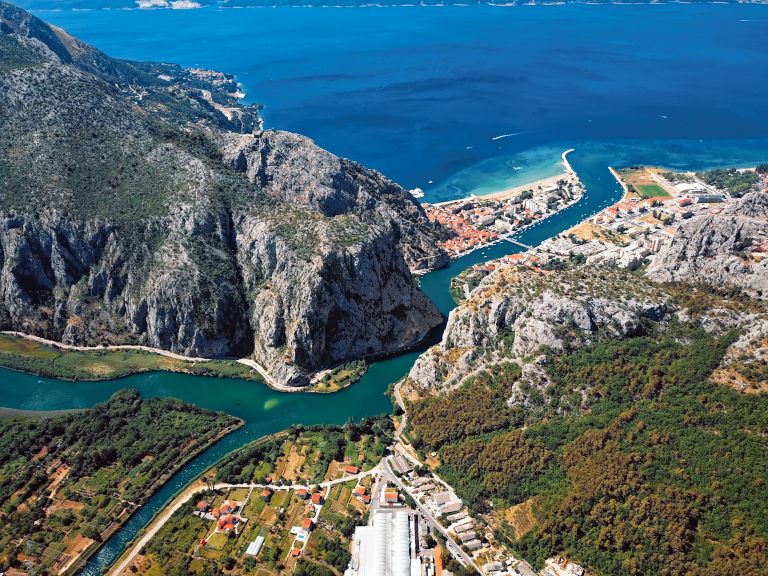 Croatia is the perfect starting point for your winter tour. Thanks to its mild climate and generally favourable weather, it can be visited all year round. If you are arriving from Slovenia, remember to buy a blue vignette sticker that will allow you to travel on the road network.
Omiš is the first city in our itinerary and is located in Dalmatia, between the sea and the Cetina River... an ideal escape route for pirates. But don’t worry, no pirates have been spotted in these parts for centuries!
Today Omiš, whose Italian name is Almissa, is set in a fairytale landscape. Visit the old town centre full of meandering alleys, colourful houses, churches and chapels.
And don't forget to pay a visit to the tenth-century Church of San Pietro, as well as the fortress. Starigrad Fortress is located on a hill and was a favoured den for pirates in the 13th century. You can enjoy a spectacular view of the town from here!
Once you arrive in Croatia, just remember some important rules that will help your trip go without a hitch.
You can only camp on legally registered campsites; also, if you are travelling with an animal, you need to bring its pet passport or a health certificate completed by a veterinarian, otherwise it will not be allowed into Croatia.
After visiting the enchanting town of Omiš, take the E65 and E71 roads, which will get you to Austria in just over six hours! 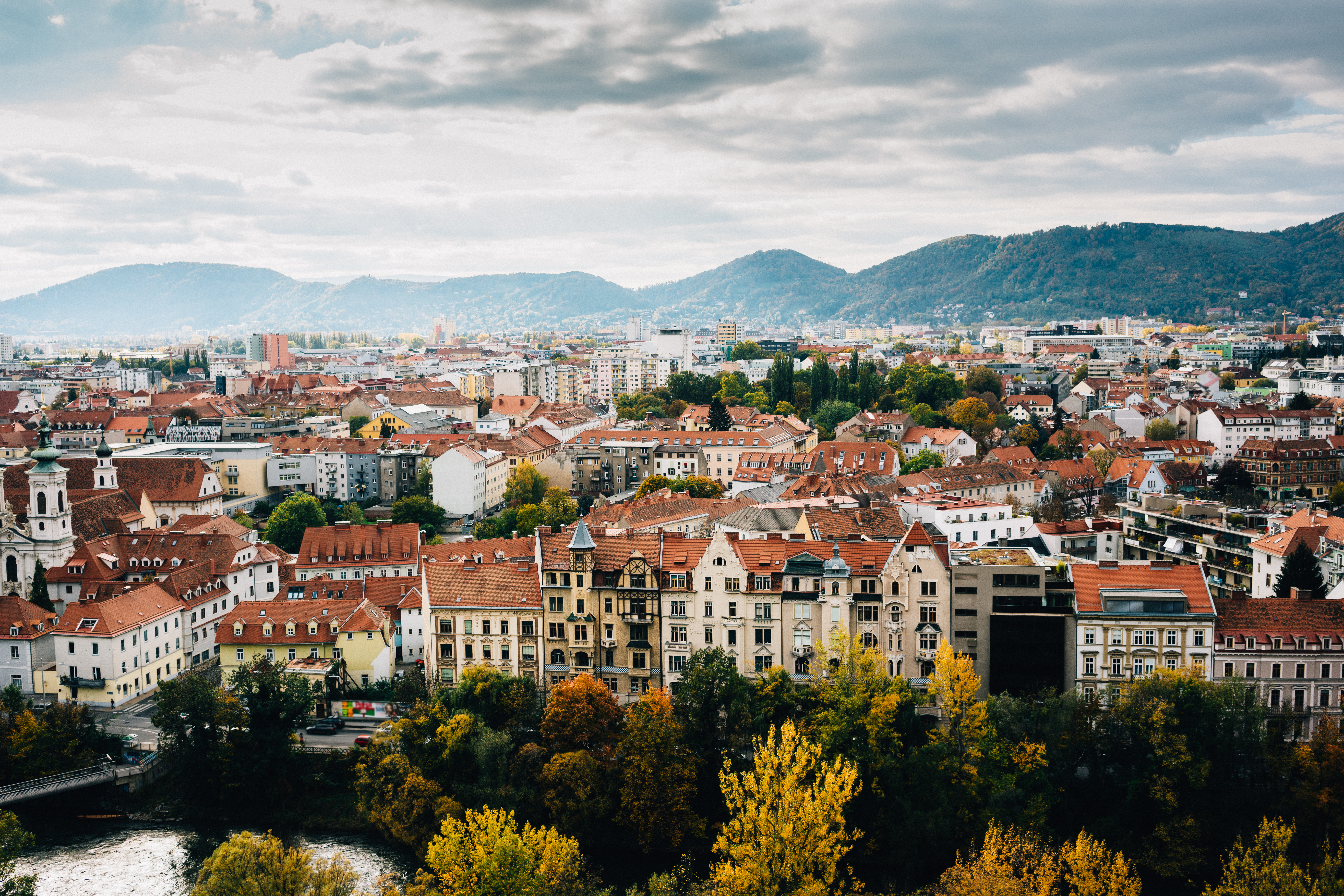 In recent years, Graz has become a popular destination for motorhome owners and tourists in general! There is a lot to see and do here throughout the year, including music, design and street theatre shows.Austria's Culinary Capital, UNESCO City of Design and a World Heritage Site
Named Austria's Culinary Capital, UNESCO City of Design and a World Heritage Site, the city of Graz has something to tempt all types of traveller.
Highlights include Planetary Garden, which is near the city centre and surrounded by grounds spanning 90,000 square meters that contain the renowned Planetary Garden. The palace itself houses 24 State Rooms and three museums.
If you are passionate about dJugendstil-Hausesign, you can admire the contemporary architecture of the Jugendstil-Haus, the bubble-shaped Kunsthaus museum, the Styrian Armoury, the neo-Baroque opera house and even the House for Music (MUMUTH – Haus für Musik und Musiktheater), a transparent cube that forms a unique setting for all kinds of musical performance.
But it’s also worth getting out of the city for a while to explore the Schlossberg public park, a tree-clad hill overlooking the old town centre of Graz. It is known for its Clock Tower, which dates back to the 16th century, and for its ramparts surrounding beautiful gardens. There are also some great restaurants and bars to enjoy on the Schlossberg.
Now it’s time to climb back aboard your Fiat Ducato-based motorhome, because the Austrian leg of your tour is not yet complete — next stop, Salzburg! Take the A9 and the A1, which will lead you to your destination in less than three hours. 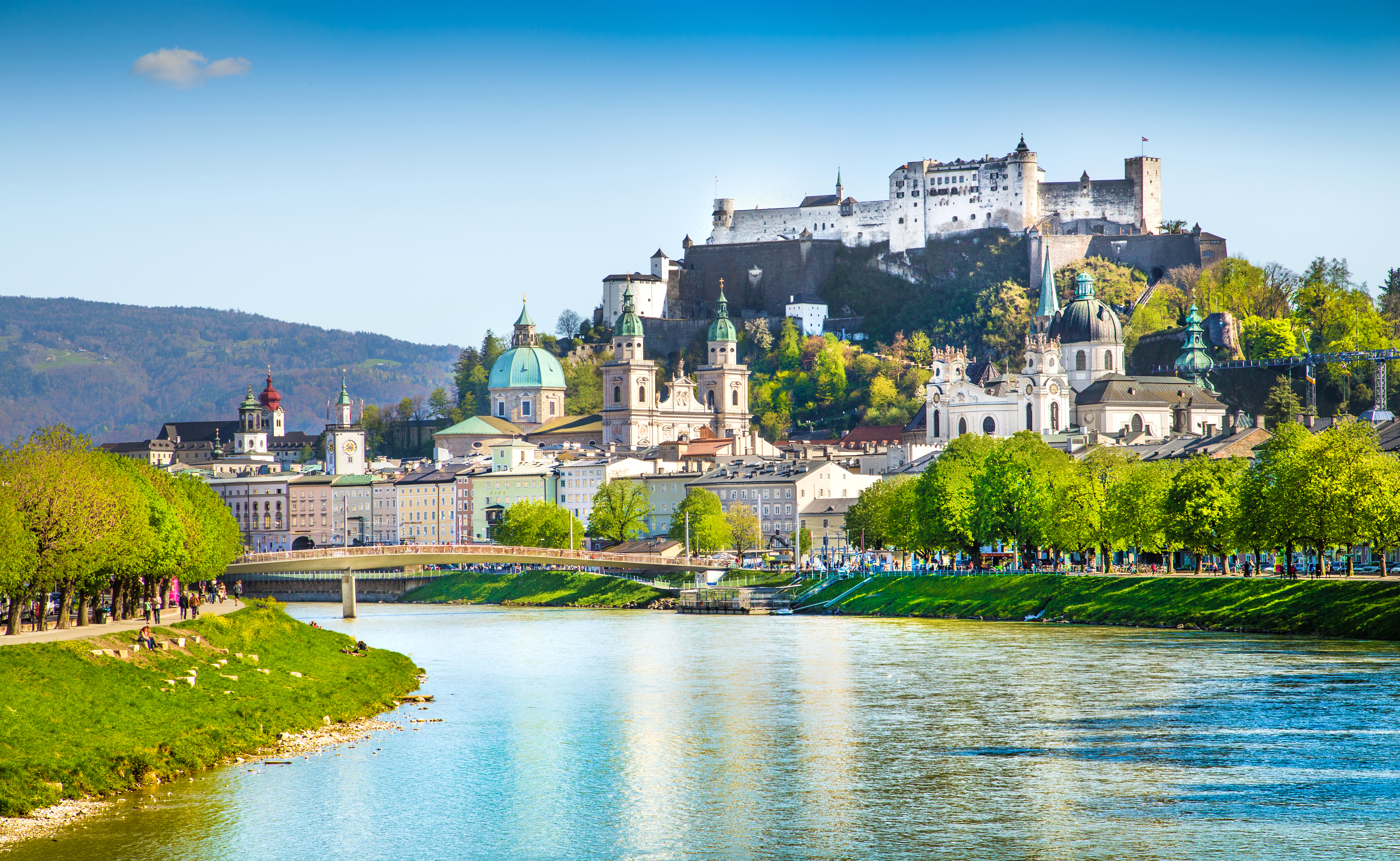 Located on the banks of the Salzach River, Salzburg is a city that you are bound to fall in love with at first sight. It is littered with monuments and unique buildings such as Hohensalzburg Fortress, which towers above the roofs and steeples of the old town centre. The fortress is one of the largest and best preserved buildings in Europe. Built in the 11th century, its most interesting features include the Princes' Chambers; the Goldene Stube, a golden chamber covered with carved, polychromed and gilded wood; and the Goldene Saal, a golden room with a ceiling decorated to resemble the starry sky.
Walking through the old town centre, you will come across majestic buildings such as the cathedral and Mirabell Palace with its sumptuous gardens, pastry shops and cafés.
Salzburg is also known as the birthplace of Mozart, whose music is celebrated at the famous Salzburg Festival, which every year attracts tourists and music lovers alike to the city.
Looking for an interesting event? Well, you’re in the right place: there’s are lots going on here throughout the year, including Mozart Week, the Easter Festival, and the Advent Singing.
Ready to visit the last stop on our itinerary aboard your Ducato? 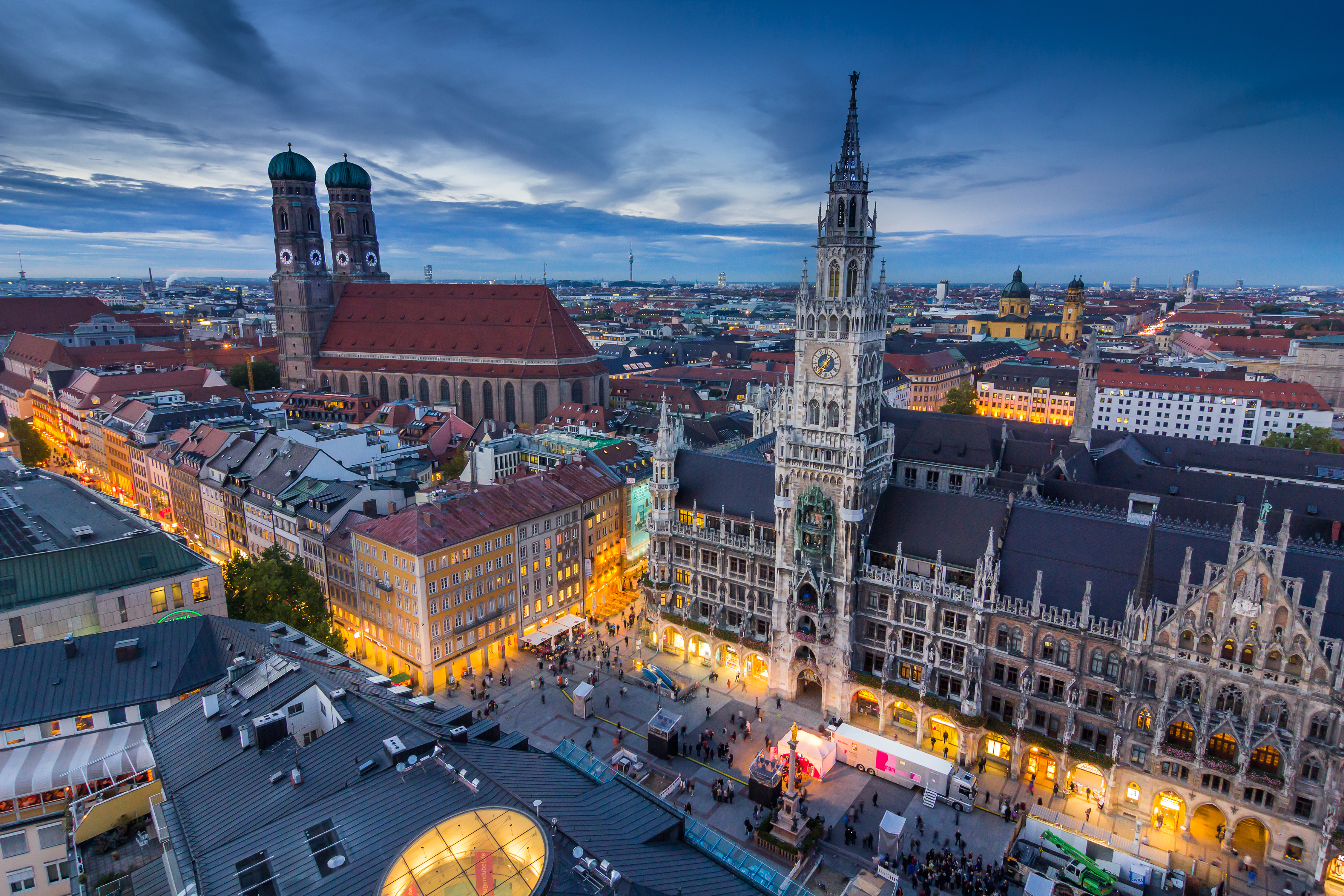 Follow the A8 in the direction of Rosenheimer Str. which will take you to Munich in an hour and a half.
The capital of Bavaria certainly needs no introduction: it has many attractions and will immediately sweep you off your feet, whether you are seeking a quiet holiday or a more adventurous itinerary.
The city offers a heady mix of modernity and tradition. So, where to start?
An ideal departure point is Munich’s main square, Marienplatz, which for centuries was the city's commercial hub. Surrounding it you will find some of the city's most famous historic buildings: the Altes Rathaus (Old Town Hall) and the Neues Rathaus (New Town Hall), the latter of which is famous for its Glockenspiel clock, among other things.
This mechanical music box has 43 bells and 32 figurines that spring into action twice a day. So, if you find yourself in Marienplatz during your winter tour, remember to glance up at 11 a.m. and 12 a.m. It’s an experience you won’t forget.
Once you have visited the wonderful old town centre, wander over to the Englischer Garten, one of the world's largest urban public parks (bigger even than Central Park in New York). Open all year round, it will amaze you with its Chinese Tower and the Monopteros, a Greco-Roman style temple from which you can admire a fantastic view of Munich city centre.
This adventure in your Fiat Ducato-based motorhome doesn’t stop at Munich... all aboard, let’s head to the next destination!

Parking and Campsites
Here are some places where you can park up and rest during your winter tour:

- Reisemobil Stellplatz Graz This campsite borders a forest and a residential complex, is open all day throughout the year and is reachable by public transport, lying just 200 metres from a bus stop. Contact: +43 (0)6763785102

- Reisemobilstellplatz Salzburg Conveniently located near a bus stop along a direct route into the centre of Salzburg. Contact: +43 (0)6769114244

- Wohnmobilstellplatz Allianz Arena This parking area is located about 20 km from the city and is served by a metro station 2 km away. Electric hook-up is free, but there is a charge for water. Contact: 08920050