ON THE ROAD WITH YOUR SURFBOARD: TOURING THE BASQUE COUNTRY WITH YOUR FIAT DUCATO BASE MOTORHOME

When the warm weather arrives, it brings the ideal season for jumping into your Fiat Ducato base motorhome and beginning to plan out your next trip among the waves. Destination? The unforgettable beaches of the Basque Country, the perfect destination for motorhome owners who adore surfing.
Ready to ride the wave of this new itinerary? Motorhomes and surfing is the right combination for those who long to discover breathtaking panoramas and enjoy all the comforts of their Ducato motorhome without forgoing the freedom which allows them to dive into the sea any time they want to! 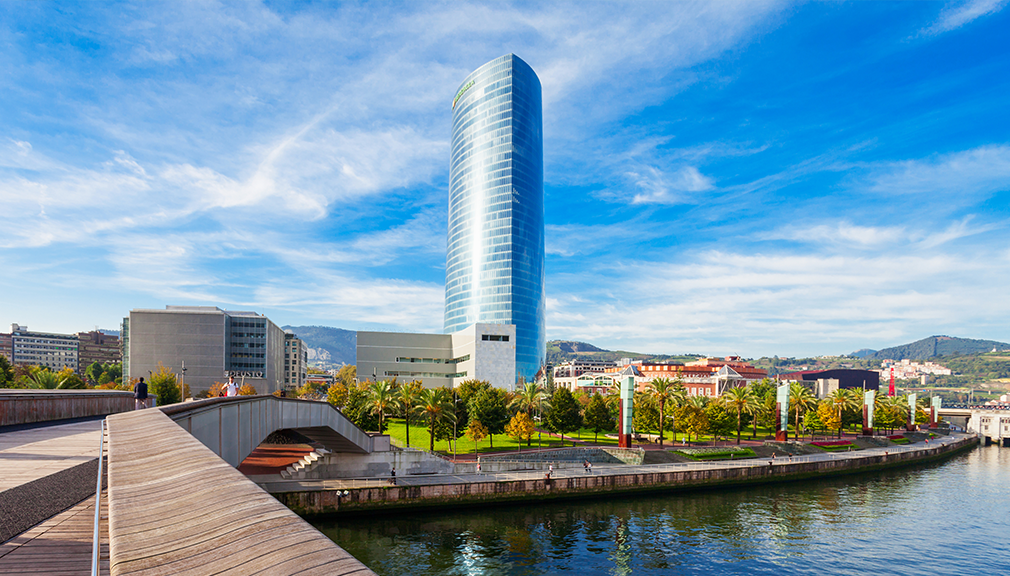 Our trip starts from Bilbao, the ultimate surf city. Leave your motorhome just outside the city - only for a short time - and come into the city for a short pit stop.
With its mild climate and golden sand, Bilbao and its charms will lose no time in drawing you in, including not only its beloved beaches but also one of its most famous neighbourhoods, the “Abando”. A popular area mostly due to its museums such as the Guggenheim Museum and the Museum of Fine Arts, it is also known as the main setting for many public parks. These include the unmissable Doña Casilda, the main park in the city, which welcomes families, groups of friends, open-air picnics and music events.
After a quick look around the centre, it’s now time to check out the beaches!
Pick up your Ducato base motorhome and head in the direction of Sopelana Beach, just 20 km from the centre of town. You’ll soon find yourself in front of a splendid range of rocks, interrupted by strips of the reddish sand typical of the Basque Country coast, where you can relax after a day among the waves. Here, the area is nicknamed by many as “the surfers’ paradise” and you’ll soon see why.... suitable for couples, families and large groups, it offers all the services you need to make your surfing tour unique!
At less than two kilometres from Sopelana Beach, Atxabiribil is truly just around the corner!
Take the Solondota Kalea, continuing on the Arriatera Etorbidea and come off at the third exit. A little further along, you’ll find the beginning of Atxabiribil Hiribidea.
Park your motorhome and start getting your surf boards out: this beach is one of the best for surfing undisturbed, and it also offers a range of breathtaking views, against a backdrop of majestic rocks.

Follow the Atxabiribil Hiribidea in the direction of Loiola Ander Deuna Kalea (BI-2122), then continue along the BI-634 in the direction of the BI-2235. In about 45 minutes, you should reach your destination: Mundaka!
Ready to ride the waves again?
Mundaka won’t disappoint you...it’s one of the most popular destinations for surf bums from all over! Get your wetsuit on and off you go: but don’t tire yourselves out! After a few hours in the water, it’s time to enjoy an aperitif with the famous “Pintxos”, the typical tapas of the area, which will win you over immediately with their simple but tasty recipes. Stop off in one of the local bars for “ir de pinchos” or go out to taste these tiny delights from the culinary tradition of the Basque Country.
Pick up your motorhome and stop at Bermeo for the night. Just the time you need to recharge your batteries then set off again in the direction for your third stop: San Sebastian! 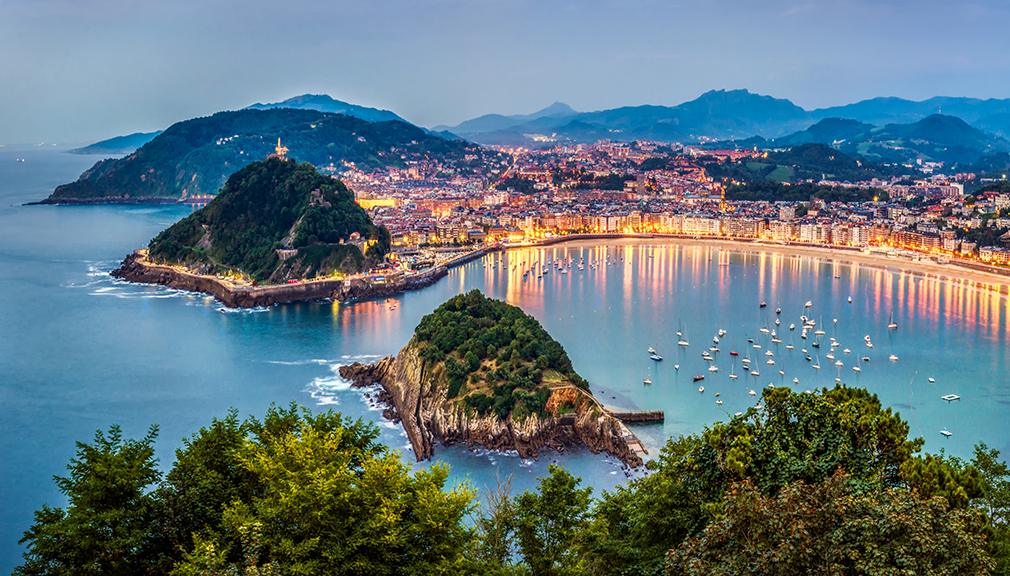 It’s time to rev up your Fiat Ducato base motorhome again!
Follow the E-70 towards Zarautz and exit the GI-20 at exit 12. Continue for 4 km, following the Lugaritz Pasealekua, Santserreka Pasealekua, Mirakontxa Pasealekua and San Martin Kalea until you reach Hondarribia Kalea.
Here you are in San Sebastian, elected European City of Culture in 2016: not a simple seaside town but one of the best urban beaches in the whole of Europe. In fact, you can sunbathe and even surf at just a stone’s throw away from churches and historical buildings.
Considered a true sanctuary for surfers who come here from all over the world, you can’t afford to miss the city of San Sebastian if you’re one of those surfers who never leaves your board at home. Every year thousands of surfers flock to this mesmerising place to compete and participate in the various national and international competitions staged here in the spring-autumn period. Here’s a tip-off: two of the most interesting spots in the area that are well worth a visit are Playa de Gros and La Concha!
Winter and autumn are definitely the best seasons for finding the perfect waves, but the waters of San Sebastian will know how to win your favour in spring and summer too! Here, on average the waves can vary from 1.5 feet to 18 feet in height and the temperature is milder than usual, thanks to the Gulf current.
And surfing here has now truly become part of the city’s DNA: the link with this sport is so strong that it has given rise to the San Sebastian Surf Film Festival, one of the most important international film festivals on surfing. Founded in 2003 as a small event, it has gone from strength to strength over the years, becoming, edition after edition, one of the reference points for the culture related to this sport.
But the 200 km of beaches offered by the Basque Country don’t stop here: let yourself be carried away by the silent coves, the long dreamlike seashores that you have encountered and get back on track, this time to cross the French border.