HALLOWEEN WEEKEND IS COMING UP: HERE ARE SOME OF THE MOST IMPRESSIVE CASTLES TO DISCOVER WITH YOUR DUCATO-BASED MOTORHOME IN FRANCE, GERMANY AND SPAIN!

These days, the end of October only means one thing: Halloween! Witches, bats, vampires and skulls. What is your favourite costume?

For this special occasion, we thought we might put together a few special, spellbinding destinations to reach on board your Fiat Ducato-based motorhome for a trip laced with mystery.

Pick out a scary costume to wear and rev up your engine! 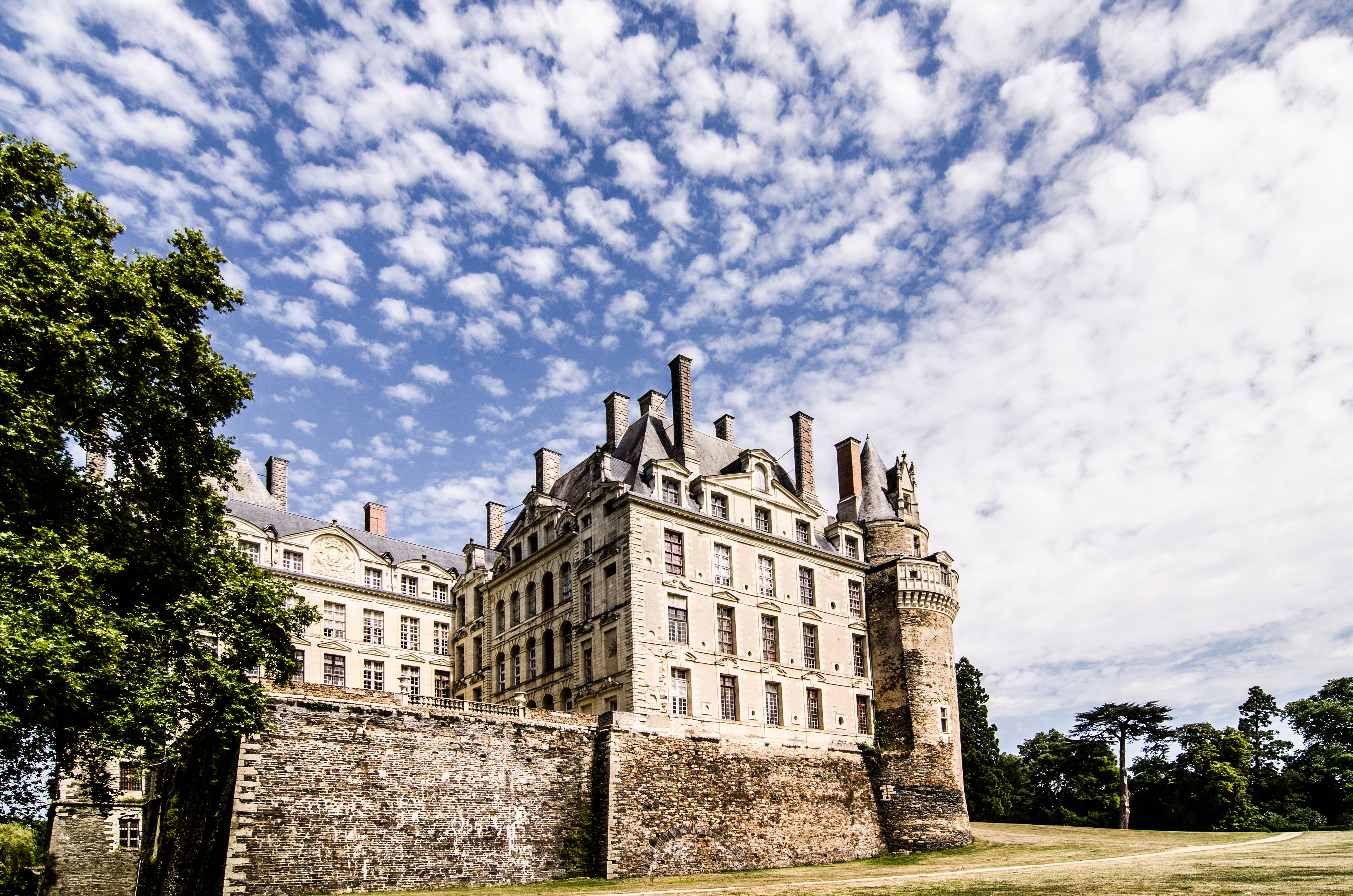 Château de Brissac is also known as the Giant of the Loire because it has no fewer than seven storeys, making it the tallest castle in France. It is located in Brissac-Quincé, in the French department of Maine-et-Loire, fifteen kilometres from Angers. It was designed and built in the 16th century and has belonged to the family of the Dukes of Brissac ever since (it is currently owned by the 13th Duke of Brissac). Just think, it contains 204 rooms!

The castle is world-famous for the legend of the Green Lady, i.e. Charlotte of Valois, who married Jacques de Brézé, the son of one of the first owners of the castle. Legend has it that her husband Jacques, having put up with rumours about his wife's infidelity for a long time, caught Charlotte with another man and, in a fit of rage, killed them both. From then on, the woman’s ghost, nicknamed 'Green Lady' because of the colour of the clothes she wore, would appear with a disfigured face during stormy nights, seeking forgiveness.

The castle is currently open to visitors, who can also opt to spend the night inside. Would you dare to spend a night there and meet the terrifying Green Lady?

The castle was built before 1250 by Conrad II Reiz von Breuberg, founder of the House of Frankenstein. It is located in the Odenwald, in the Rhine Valley, on a hill overlooking the city of Darmstadt, 30 km from Frankfurt.

Does the name ring a bell? That's right! This is the castle that gave its name to the famous story of Frankenstein!

The writer Mary Shelley was inspired by the rumours going round about the mysterious events surrounding the castle's historical inhabitant: Johann Konrad Dippel. He, in fact, was an alchemist who conducted experiments on animal remains and, for this reason, the villagers began to claim that he was stealing corpses from the Nieder-Beerbach cemetery to create an incredible monster. According to Dippel, the real purpose of the experiments was to create an elixir of life.

Today, the castle is open to visitors and houses a restaurant where they can take part in horror-themed dinners.

And then, visitors simply can’t afford to miss the Hallowe’en party organised there. Every year, more than 15,000 tourists arrive from all over the world to participate in the biggest and most gruesome masquerade party in one of the most monstrous places ever! 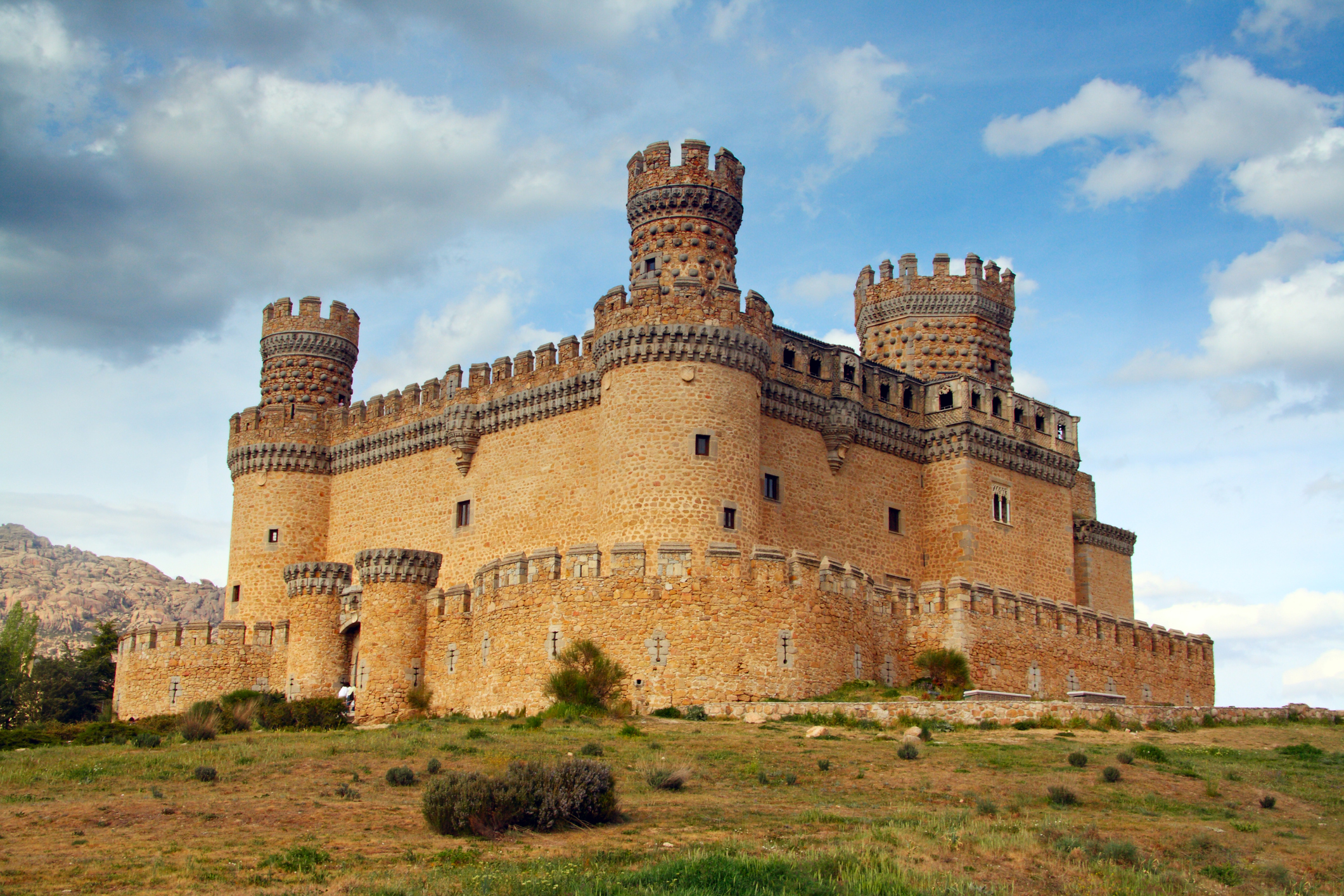 The castle of Manzanares el Real is less frightening, with a completely different history.

Also known as the Castle of los Mendoza, it is a fortress-palace built in the 15th century on an old Romanesque-Mudejar hermitage and has six levels, including a dark basement. Work began on it in 1475 and was later completed by architect Juan Guas, also known as the architect of the Catholic Monarchs. Designed on a quadrangular plan, it is built entirely of granite stone. The portico on the first floor is considered one of the most beautiful Gothic of the Gothic age, and of Spanish military architecture.

If you visit this castle, pay attention to the barbican (an additional defensive structure supporting the walls) that surrounds it: you can see the cross of the Holy Sepulchre of Jerusalem carved on the embrasures.

The castle is often the setting for exhibitions, concerts, light shows and, in the summer months, hosts the stalls of a traditional medieval market where visitors can shop.

If you are a fan of castles, don't miss our tips for an unusual holiday.

Ready for the next adventure aboard your Ducato-based motorhome?

All you have left to do is choose: “Trick or treat?”