From the medieval streets of Tallin to the windmills of Saaremaa. Estonia is a country waiting to be discovered, a place with a tantalising mix of nature and technology, history and spirituality. So, let's start up the engines, another fantastic road trip awaits us! 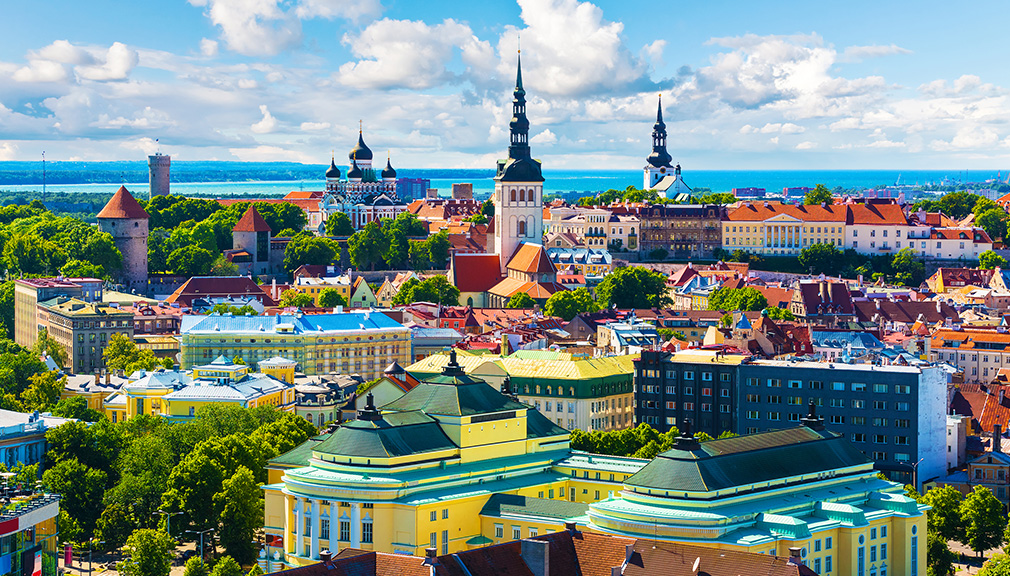 Our tour aboard our Ducato-based motorhome starts from the wonderful Estonian capital of Tallinn, located in the north of the country, on the Baltic Sea coast.

With its grandiose buildings, alleys with small craft workshops, and ancient fortified walls, the old city will surprise even the most sceptical of visitors! Let's go on a discovery of the Town Hall Square, the perfect starting point for a whistlestop visit around the historic city centre. Nearby we will have the opportunity to stroll through the Vene and Pikk Tänav streets, with the characteristic buildings of the ancient guilds, and St Catherine’s Passage, which will take your breath away.

For a 100% original experience, you really should sample some typical Estonian cuisine, consisting of meat pies, potatoes and oodles of sauerkraut! 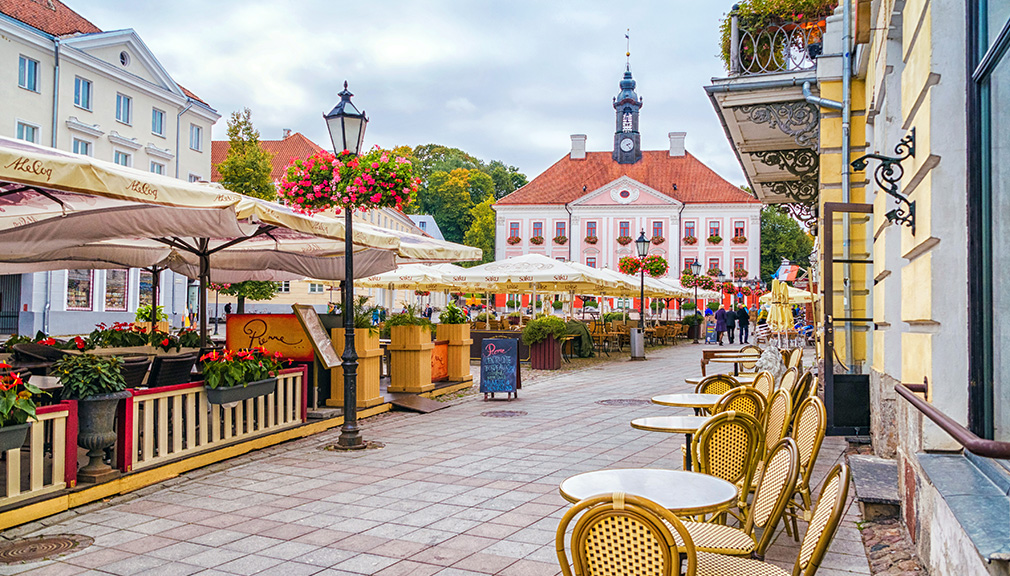 Now we head south in our Ducato-based motorhome for about 2 hours until we reach Tartu, home to the biggest university in Estonia. Residing here among wooden houses and imposing apartment buildings, natural parks and a wonderful riverside are thousands of students, who make up around 20% of the city’s population.

The place's most distinctive trait, however, is its spiritual ambiance. The inhabitants talk of Tartu vaim (the “Tartu Spirit”), a spirit of the past, which can be perceived even just walking through the narrow streets and is a big attraction for many visitors.

For those of us who prefer more earthly pursuits, here in Tartu there is a lot to see and do, from art galleries and museums, to discovering the local culture and the idyllic natural surroundings.

Pärnu, on the road to the west 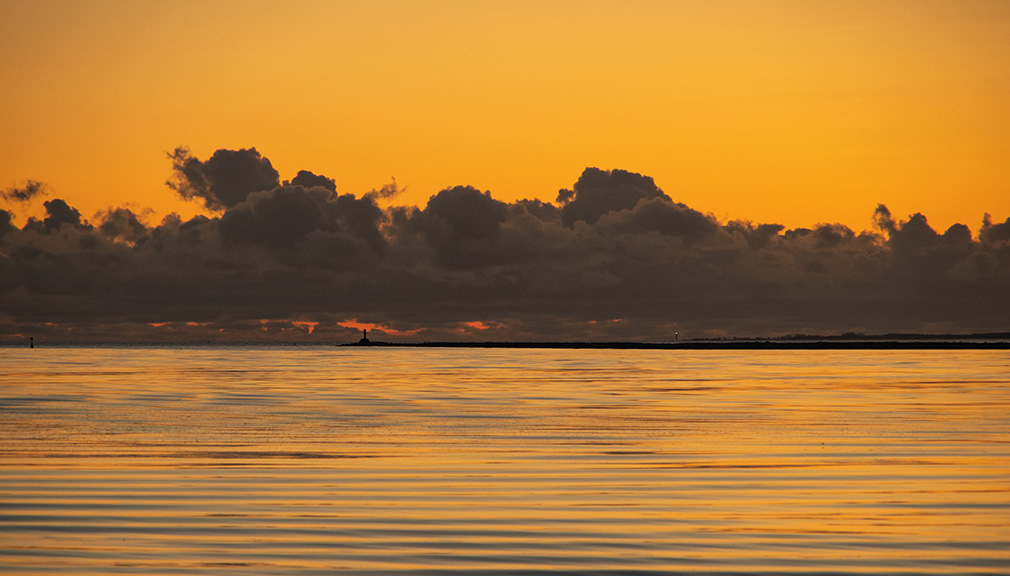 As we head west towards our final destination, the fantastic windmills of Saaremaa, we can stop and visit the residential town of Pärnu, which is roughly a 2-hour drive from Tartu.

Although this location is not particularly touristy, there are still numerous attractions, especially for those travelling with younger campers! You can go to the Tervise Paradiis Water Park, with its indoor slides, and Prison Escape, which is an escape room complex located inside an actual disused prison.

To wind down at the end of the day, let's go and admire the sunset from Pärnu Beach Promenade, the city’s longest beach. 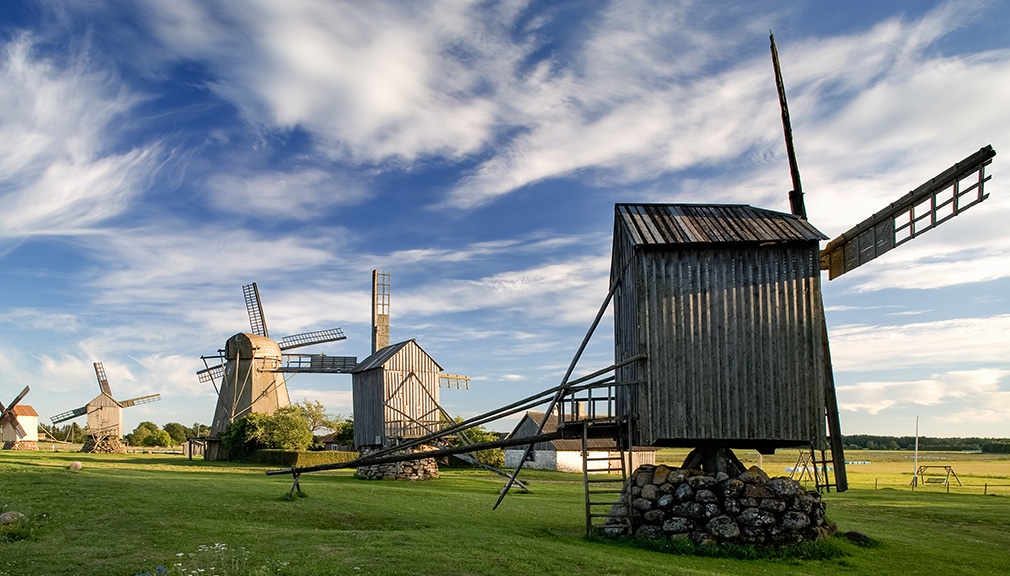 After a 2-hour drive from Pärnu we arrive in Saaremaa (literally, "island land"), the country’s largest island. Used as a space base during the Soviet era, this rural haven has avoided industrial development and is dotted with windmills and small local businesses.

So let yourself be enchanted by the endless expanses of wild countryside, get to know the unique customs of this region, and make the most of the freedom that only your beloved Ducato-based motorhome can offer!

That brings us to the end of our short guide to discovering Estonia: we hope it inspired you enough to add this destination to your growing list of places to explore in your Ducato-based motorhome!