EASTER IN A MOTORHOME: A ROAD TRIP OF DISCOVERY THROUGH CATALONIA

Enveloped by mountains, caressed by the sea, refreshed by vast expanses of greenery and awash with precious artistic and architectural works. Can you guess which region we are talking about?

That’s right, it’s none other than beautiful Catalonia!

With Easter just around the corner, what better time is there to organise a short trip to discover this beautiful region in your Ducato-based motorhome? 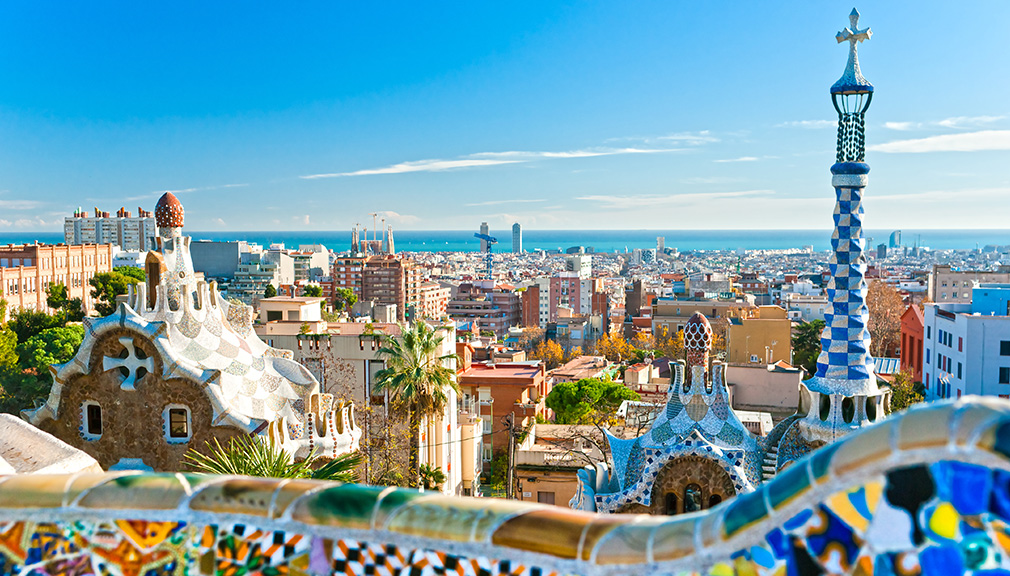 Barcelona is not just the capital of Catalonia, but also one of the most creative and dynamic cities in Europe. Always trendy and avant-garde, Barcelona has managed to maintain a good balance between its history, filled with artists and architects such as Joan Miró, Salvador Dalí and Anton Gaudí, and a growing wave of innovation in the fields of design and fashion. Park Güell, Casa Batlló, La Pedrera, the Sagrada Família and Palau de la Música Catalana are just some of the must-see monuments that can be visited in this city.

Between taking a stroll along the seafront and sipping an aperitif on the beach, don't miss out on a visit to the Picasso and Fundació Joan Miró museums.

Wandering through the streets of this city will make you feel like a child again, as you crane your neck upwards to marvel at its colourful ceramic façades and oddly shaped buildings.

A real gem for architecture aficionados is the Barcelona Pavilion, designed by the architect Ludwig Mies van der Rohe for the 1929 International Exposition. 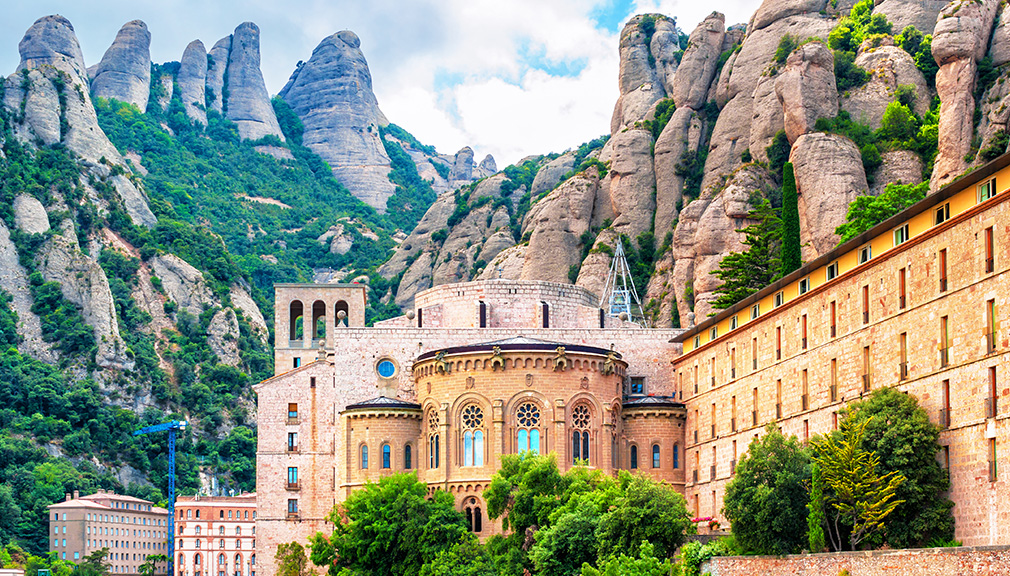 Setting off again in your Ducato-based motorhome and driving for another hour towards the Catalan hinterland, you can easily reach Montserrat, a striking mountain of Catalonia and part of the Catalan Pre-Coastal Range. The name Montserrat means "serrated mountain" in Catalan, and when you see the jagged grey rocks that make up this majestic massif, you will understand exactly what is meant by this.

Montserrat is one of the most popular and well-known places in Catalonia, famed as the home of La Moreneta, a venerated 12th-century wooden sculpture of the Black Madonna, one of the two patron saints of Catalonia. Nestled between its peaks is a Benedictine monastery and sanctuary, which includes a hostel and apartments where tourists can stay. After enjoying a relaxing walk along the paths of the park, we recommend you pay a visit to the monastery, to admire its distinctive architecture along with works by artists such as Picasso, Dalí and El Greco.

Did you know? In the past it was thought that the Holy Grail was kept here, among the peaks of Montserrat. 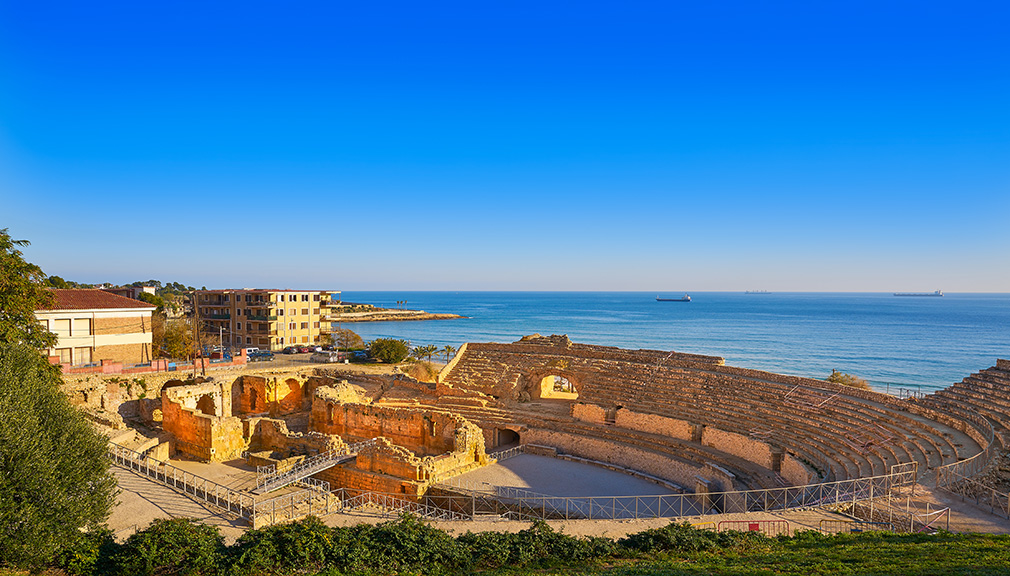 Travelling south in your Ducato-based motorhome, around 100 kilometres from Barcelona you will arrive at Tarragona.

The capital of the Costa Dorada, overlooking the Mediterranean Sea, Tarragona was founded by the Romans and still offers a glimpse what it was like to live in the greatest empire in history. The city actually contains several intact and visitable ruins. During the Tàrraco Viva Festival (15–29 May 2022), places such as the Roman amphitheatre, the circus, the praetorium, the theatre and the aqueduct of Les Ferreres all return to life and host historical re-enactments of games and daily life in the ancient Roman era. The city’s archaeological complex has even been declared a World Heritage Site by UNESCO.

But historical attractions are not the only reason to stop over in Tarragona; the geographical position of this coastal city provides direct access to splendid beaches, some of which you can reach on foot from the downtown area. After visiting the seaside and mountains, your trip would not be complete without a stay in Lleida, located in the west of Catalonia, at the centre of the verdant plain of the Segre River. Its fertile soils once attracted the Ilergetes, an ancient Iberian people, to establish a settlement that eventually grew into the city we know today. It was originally called Llerda, from the name of the tribe, which was later defeated and conquered by the Romans.

The most distinctive part of this city is the centre, located on top of a hill and dominated by the majestic old cathedral Seu Vella. Although its construction began in the 13th-century structure, it looks markedly different from other buildings of its era. Strolling through the downtown streets, you will notice different architectural styles which hint at the succession of peoples who settled in this territory. Examples are the remains of La Zuda, a 9th century Arab fortress, and La Paeria, a Roman and Moorish archaeological site.

If you love your food and drink, you should know that in the vicinity of Lleida you can discover a wide choice of delicious local dishes such as snails "a la llauna", as well as the best Spanish wines, like those produced in the locality of Raimat, which are protected by the Costers de Segre Designation of Origin. 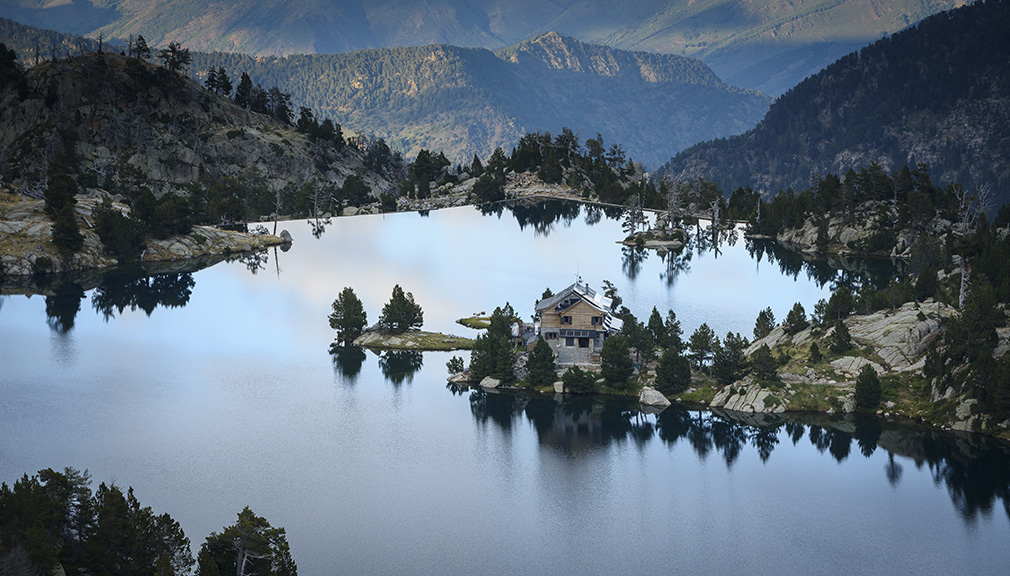 Besides charming cities, other must-visit places in Catalonia include beautiful natural areas dotted throughout the territory, among which the Aigüestortes i Estany de Sant Maurici National Park is one example. Located around two-and-a-half hours’ drive north of Lleida, this magnificent habitat is one of 15 national parks in Spain, but the only one in Catalonia.

Among the peaks that exceed 3000 metres in height, water becomes a salient feature, with various rivers and streams, in addition to over 200 lakes of contrasting shapes and colours. This peculiar microclimate provides a unique breeding ground for diverse animal and plant species, turning this park into an enchanted world.

But it’s not the only place of natural beauty in the area. You can also enjoy excursions to the significant complex of Romanesque churches of the Vall de Boí, which itself has been declared a World Heritage Site.

Have we whetted your appetite yet? Raring to go there right now? Okay then, all you have to do is load up your motorhome, pick a route and set off to discover this spectacular region.