FROM SALZBURG TO VIENNA: BREATHTAKING NEW PANORAMAS FOR YOUR WISHLIST!

Summer is approaching and our yearning for freedom is stronger than ever. In anticipation of finally being able to get out and head for our dream destinations, let’s discover Austria and its many wonders!

The home of alpine tourism, this Central-Eastern European country is the ideal place for those who want to immerse themselves in a holiday of nature and relaxation without missing out on a few excursions to discover Austria’s cultural riches. So let's get comfortable and embark on this virtual journey, in anticipation of being able to actually go there on board our Fiat Ducato-based motorhome and tick it off our wishlist!

THE ALPS, A JOURNEY THROUGH THE CLOUDS

As we mentioned, the mountains are the real showpiece, and a jaunt around Austria in our motorhome will reveal many small glimpses of a timeless place in which nature rules supreme. 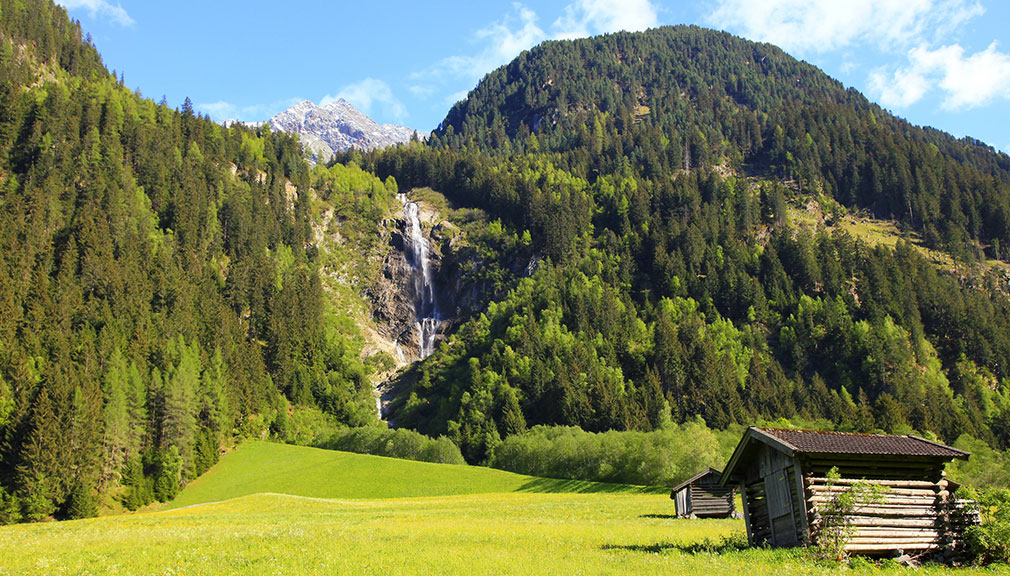 Let's start from Tyrol, and more precisely from Stubai, the valley of a thousand paths. This certainly is the ideal destination to get away from everyday stress, with its breathtaking landscapes, such as the Grawa Waterfall and the Wilde Wasser Weg trekking route punctuated by smaller waterfalls, as well as beautiful glimpses of unique natural treasures such as the Blaue Lacke (Blue Lake), which is framed by the mountains and bathed in an almost unreal silence.

Now let’s jump back aboard our Fiat Ducato and continue our journey eastward to Mayrhofen, the third largest municipality in Tyrol, which affords us a direct route to mountains higher than 3000 m high, thanks to the various cable car routes that can take you to perfect areas for practising sports and activities such as climbing, mountain biking and—for the more adventurous travellers—even a flight in a glider!
Alternatively, a short trip on the narrow-gauge train that departs from the city will take us to discover the wonderful Zillertal Valley, a magical place completely surrounded by nature that is perfect for escaping the bustle of everyday life!

For our last mountain stopover before returning to more urban surrounds, let’s head to the small village of Bad Gastein, in the region of Salzburg, which lies at an altitude of 1002 metres and is surrounded by the famous High Tauern mountains. It’s time for pure relaxation! Gastein is also known as Salzburg’s hot spring valley: so, let's park up our beloved motorhome here and spend half a day dipping in the thermal spring that comes from the Tauern Mountains, or at the thermal complex of Bad Hofgastein, which also has two thermal swimming lakes!

SALZBURG, THE CITY OF MUSIC 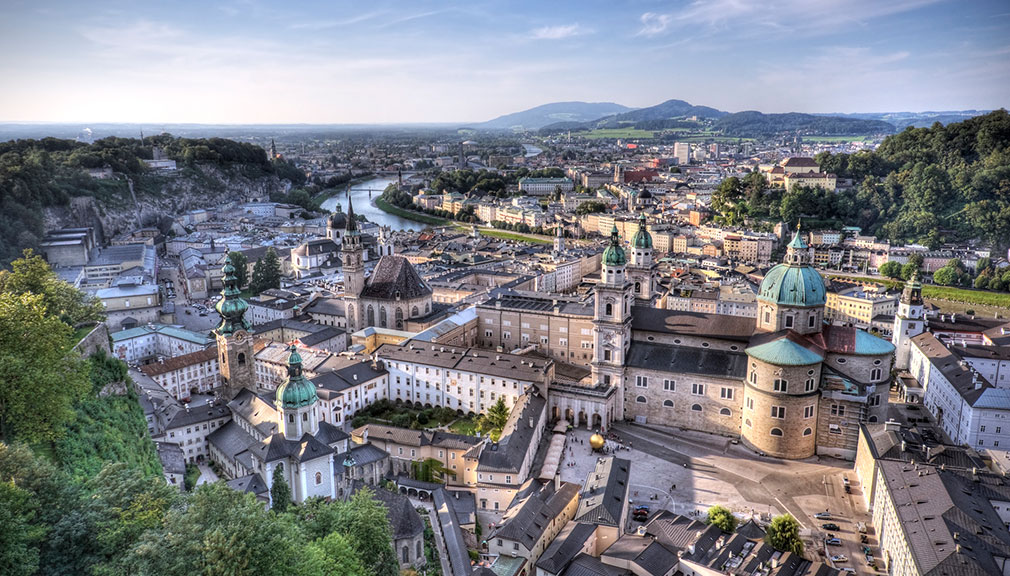 Continuing north on board our Fiat Ducato-based motorhome, we come to Salzburg, a miniature gem of world renown!
We may be back in the big city, but don't worry: built on the banks of the Salzach river and surrounded by mountains, Salzburg is like a fairytale kingdom, dominated by the Hohensalzburg Fortress (a World Heritage Site since 1997) and full of picturesque buildings in the old town centre.

Here you will also find a museum dedicated to Mozart, who hails from the city and who is the main protagonist of the annual Salzburg Festival, which immerses the city in an orderly maelstrom of markets, events and shows. Mozart’s works are also a big part of the Music Festival, which for six weeks transforms the city into one of the world's biggest concert stages: a unique event for those who want to lose themselves in culture and entertainment! 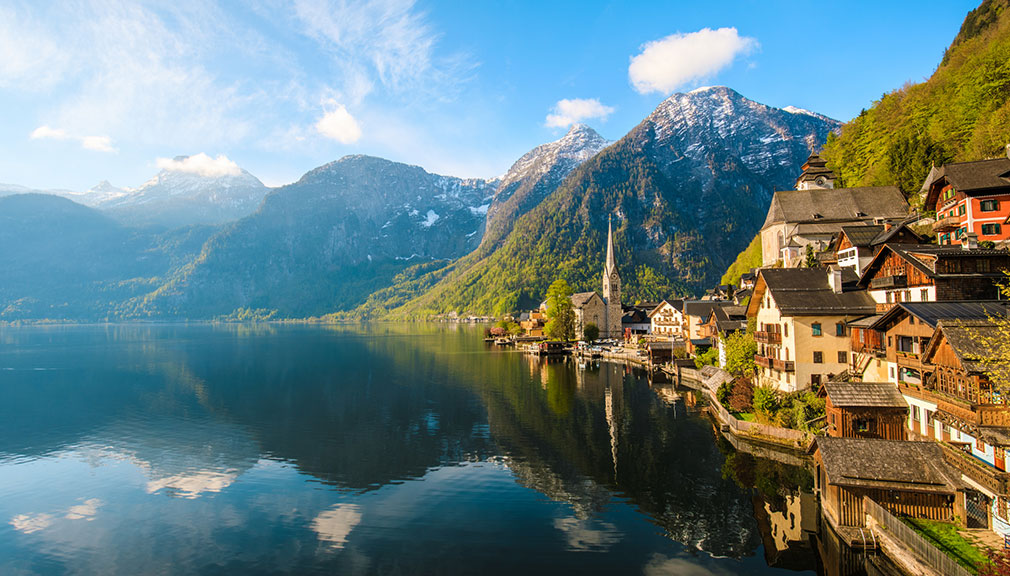 Before heading back to the capital on board our trusty Fiat Ducato, we continue southeast for about an hour and a half until we arrive in the Salzkammergut area, a staggering natural paradise consisting of 76 lakes and numerous alpine peaks.

It is another magical location of outstanding natural beauty, that offers bathing areas in the summer months and sleigh rides during the winter, and is an important cultural attraction. In the 19th century it was a frequent place of retreat for the famous Princess Sissi, who has come to symbolise the Austrian imperial family and whose life has inspired various stories. 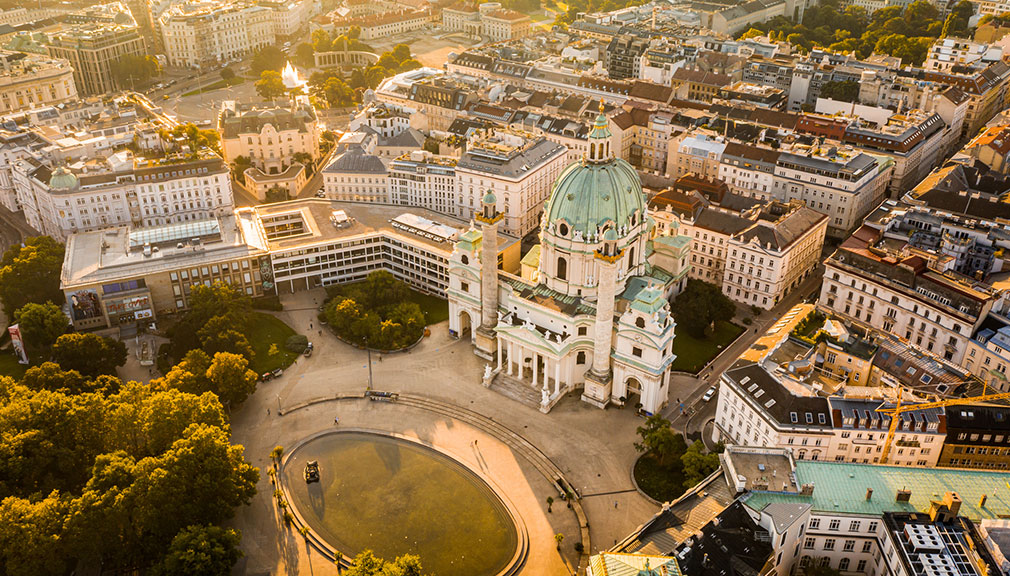 We continue our journey of discovery through the wondrous landscape of Austria by heading towards Vienna, the country’s economic, cultural and political centre and, of course, its capital!
There are no words to describe this city, but we’ll try: imperial splendour mixed with modern architecture, baroque churches overlooking 19th-century gardens, where each step leads us to discover a magical, enchanted and timeless place.

St Stephen's Cathedral is one example, standing 136 metres tall and with 343 steps, it dominates the skyline, recalling the city’s ancient origins, whilst affording a glimpse of the more modern areas as far as the eye can see.

Vienna is also home to one of the world’s largest imperial palaces, the Hofburg, which was built in the 13th century and has been expanded several times since then, making it the result of various projects rather than the creation of a single architect or time period. With 2,600 rooms spread over 240,000 square metres, countless unique wings and the imperial library, this building is one of the best places in which to lose yourself while visiting this wonderful city.

There are many museums scattered throughout the capital, from the innovative MuseumsQuartier—which was designed by architects Ortner & Ortner in a complex of former royal stables and is a fascinating symbiosis of baroque style and avant-garde ideas—to the classic Kunsthistoriesches Museum (Museum of Art History) which for over a century has held collections belonging to the House of Habsburg, including unique paintings by internationally renowned painters from Raphael to Velazquez.

Why don’t we finish off our stay in the capital with some more relaxation time, perhaps by visiting the Therme Wien spa complex? It is the largest in the country and has attracted visitors since Roman times thanks to its unrivalled health benefits! With 24 pools and a wellness area spanning some 6000 square metres, we are sure that there’s something for everyone to enjoy here. So let’s unwind and savour the last moments of this magnificent adventure!

Our journey has come to an end, but let’s look forward to getting back on board our Fiat Ducato-based motorhome to explore these places for real and visit all the destinations on our wishlist!​